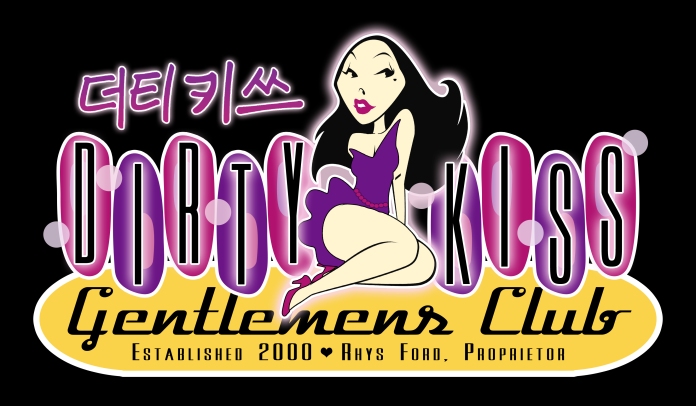 Cole McGinnis is an ex-cop turned PI. Kim Jae-Min is a man with a dirty little secret, one shared by his cousin – past tense – because now Jae’s cousin is dead, and it’s beginning to look a little less like suicide and a lot more like murder.

Enter the down and dirty world of Dorthi Ki Seu (Dirty Kiss), a sex club where the men are hot and Scarlet reigns supreme over her kingdom. It’s a place where mystery and murder go hand-in-hand with sex and secrets, and this is the place where you could win TWO FREE BOOKS from their author, Rhys Ford: Dirty Kiss, and the sequel (due from Dreamspinner Press on September 28, 2012), Dirty Secret.

Check out the blurbs for both books!

Dirty Kiss – Cole Kenjiro McGinnis, ex-cop and PI, is trying to get over the shooting death of his lover when a supposedly routine investigation lands in his lap. Investigating the apparent suicide of a prominent Korean businessman’s son proves to be anything but ordinary, especially when it introduces Cole to the dead man’s handsome cousin, Kim Jae-Min.Jae-Min’s cousin had a dirty little secret, the kind that Cole has been familiar with all his life and that Jae-Min is still hiding from his family. The investigation leads Cole from tasteful mansions to seedy lover’s trysts to Dirty Kiss, the place where the rich and discreet go to indulge in desires their traditional-minded families would rather know nothing about. It also leads Cole McGinnis into Jae-Min’s arms, and that could be a problem. Jae’s cousin’s death is looking less and less like a suicide, and Jae-Min is looking more and more like a target. Cole has already lost one lover to violence-he’s not about to lose Jae-Min too.

Dirty Secret – Loving Kim Jae-Min isn’t always easy: Jae is gun-shy about being openly homosexual. Ex-cop turned private investigator Cole McGinnis doesn’t know any other way to be. Still, he understands where Jae is coming from. Traditional Korean men aren’t gay—at least not usually where people can see them.

But Cole can’t spend too much time unraveling his boyfriend’s issues. He has a job to do. When a singer named Scarlet asks him to help find Park Dae-Hoon, a gay Korean man who disappeared nearly two decades ago, Cole finds himself submerged in the tangled world of rich Korean families, where obligation and politics mean sacrificing happiness to preserve corporate empires. Soon the bodies start piling up without rhyme or reason. With every step Cole takes toward locating Park Dae-Hoon, another person meets their demise—and someone Cole loves could be next on the murderer’s list.

One lucky person will win a copy of both Dirty Kiss and Dirty Secret. All you have to do to enter is leave a comment on this post, and you’re automatically entered. Please be sure to include your email address in your comment so we know how to contact you. Good Luck!

27 thoughts on “Welcome To Dorthi Ki Seu, The Gentlemen’s Club Where The Kisses Are Hot, The Secrets Are Hotter, And The Books Are FREE!!”