“Most of us have two lives. The life we live, and the unlived life within us. Between the two stands resistance.” ― Steven Pressfield 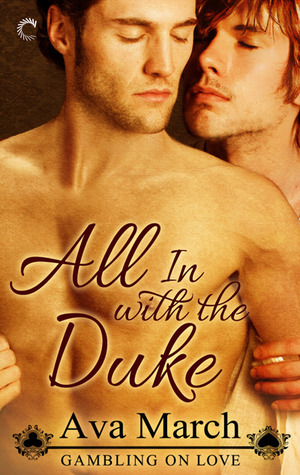 When it comes to Regency Era M/M Erotica with a side of romantic complications brought about by duty, obligation, and societal expectation, Ava March is my number-one-go-to author. That was oddly specific yet totally true. And she had me at rentboy.

If you’ve read the author’s His Client, there are several things you already know before you even open the book: One, the time, place, and social demands between the client and the man he pays to fulfill a need that’s absent from his life will dictate the relationship and cause no small amount of complications along the way for the two men. Ah, but never fear, there’s always another layer or two to that built-in conflict to wend your way through, which serves to offer a nifty little tweak to the reader’s curiosity.

Two: The whore is not where he is by choice but by circumstance, which means he has depth and substance beyond the use of his body and mouth for survival. He is beautiful to behold and is skilled in the art of pleasure, but he is also strong and intelligent and is more than a match for his client outside of the bedroom, while in the bedroom he submits beautifully to his lover’s demands.

Three: The client, a member of the ton, is duty bound by virtue of his birth and by the laws of the day, which did not favor men who sought out other men for sexual pleasure and loving relationships. Discretion is crucial and often elaborate measures have to be taken to explain why he is suddenly spending time with a man who is not a member of society, and going to even further measures to ensure members of his household staff don’t clue in to the fact he’s sharing his bed with that man.

Four: The sex is going to be steamy. It just is. And there’s going to be a little D/s involved to heat things up, and as is the case in All In With the Duke, it’s going to serve as a means of both complication and revelation.

Five: There will come a time in the development of the relationship where the former prostitute realizes he can’t go on feeling like nothing more than a convenient bedwarmer, feeling as though he’s still earning his place in his lover’s life on his back rather than through the merits of his intelligence and strength of character, which brings the story to its climactic moment—the time the nobleman must decide that love is the answer to the complications that face them but can overcome any obstacle so long as they have each other.

So, what do all these things add up to? A really lovely romance that grows not in the typical contemporary way but in a way that complements the setting. It adds up to two men you’ll want very much to see make a relationship, the best relationship they’re capable of, work. Ava March’s gift for storytelling weaves all of these threads together and wraps them around characters you want to find happiness together, and to put the screws to convention and expectations by finding any way possible to be together in the best capacity appearances will allow.

Max Arrington, the Duke of Pelham, and Tristan Walsh, the man who captures the heart of his very resistant Duke, charm and infuriate and vex and complicate and titillate their way through this historical romance that also tugs a bit at the heartstrings before delivering the ending that’s the happiest it can possibly be.

This is another wonderful addition to the Ava March Regency erotica collection, and I would definitely recommend it if you like your history with a little extra spice.