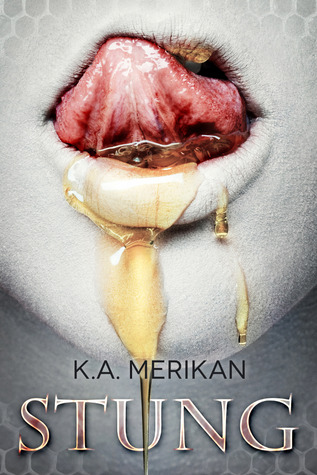 I love zombies. They represent things most of us dread: the slow, ugly process of decomposition of our bodies; a rapidly spreading infectious disease public services can’t stop; and the collapse of society as we know it. But while I love zombies, the typical survival/slasher stories populated by the rotters have never been my cup of tea. I eventually became a huge fan of shows such as The Walking Dead and In the Flesh because they focus on relationships and the way people cope with the new situation. It’s just so much more interesting if the zombies are only used as a background, as an excuse to tell something new about the characters.

At some point, me and my co-writer started fantasizing about writing a story set in an alternative Victorian London. We are both fascinated by this period yet writing a regular historical novel wasn’t what we wanted to do at that point, and in came the zombies. In the universe of Zombie Gentlemen, history starts going off course in 1887 when the undead start appearing all over Europe. The genesis of the illness is unknown, as is the cure, so there are numerous theories and useless ‘treatments’ offered to desperate victims.

Many countries collapse, small communities form self-sustainable enclaves that later develop without any contact with the outside world, and some of the bigger cities that managed to survive formed their own governments. The London of the Zombie Gentlemen universe is a place even less pleasant than its historical counterpart. Citizens were forcibly put to work on huge city walls that helped keep the infected out, but twenty years later, the space inside is running out. In fact, population density is so high, new immigrants are often refused access into the city, which led to the establishment of Bylondon, a group of parasitic districts that formed spontaneously outside the city walls. This situation, of course, starts new trends in architecture, technology, agriculture, and so on, which gives us lots of space for imagining alternative scenarios.

Stung, our newest novel, is set in a forced labour camp somewhere in the forest. It’s not a state-owned penal colony though, but a lucrative business ran by the powerful Dal family. With the drastic shortage of food, slave-driven farms are the source of great wealth. The Dals are one of the most prominent organizations in Bylondon but their influence stretches into the city as well. The mob runs its district with an iron fist and nobody dares to protest in fear of repercussions on them or their families. This way, people like Victor, the main character of Stung, are forced into lifelong servitude for minor offences, or no reason at all. But there is change in the air, a change so powerful it has even reached the labour camp Honeyhill.

— If you want honey, prepare to get stung. —

Twenty years into the zombie Plague

Victor is a man of delicate sensibilities, not fit to do backbreaking labour on a farm ran by the mob. Upon arrival in Honeyhill, he decides he needs an anchor, an alliance with one of the guards, if he wants to survive. That anchor comes in the form of Crunch, a hunky ex-sailor with a pair of tight leather trousers and a ruggedly handsome face.

But from day one, Victor knows he won’t last long with the hard physical work assigned to him and the torment he suffers at the hands of a sadistic guard. He needs to run, and his new alliance might prove to be a burden instead of solace.

If Crunch wants Honeyhill liberated, he needs to focus on his job, not on protecting Victor, one of many new arrivals on the farm. Distraction is the last thing he needs after months of undercover work. But it’s hard not to get seduced by Victor’s big brown eyes and fingertips that don’t know work. Hundreds of people depend on Crunch keeping his identity a secret, revealing it could be fatal for both him and Victor, and a failure of his mission.

Thankfully, Victor would never be dumb enough to try and escape through a forest that’s swarming with zombies. Would he?

Stung is a standalone book and a part of the “Zombie Gentlemen” universe.

K.A. Merikan is a joint project of Kat and Agnes Merikan, who jokingly claim to share one mind. They finish each other’s sentences and simultaneously come up with the same ideas. Kat and Agnes enjoy writing various kinds of stories, from light-hearted romance to thrillers. They love creating characters that are not easy to classify as good or evil, and firmly believe that even some villains deserve their happy endings. It is easiest to find them in galleries, good restaurants and historical sites, always with a computer or notebook, because for Kat and Agnes, every day is writing day. Future plans include lots of travel and a villa on the coast of Italy or a flat in Paris where they could retire after yet another crazy venture, only to write more hot homoerotic stories.

17 thoughts on “Eep! “Mind the Zombies at the Gates of London” by Agnes Merikan – Oh, And There’s Also A Giveaway!”