“Let no one who loves be called altogether unhappy. Even love unreturned has its rainbow.” ― J.M. Barrie 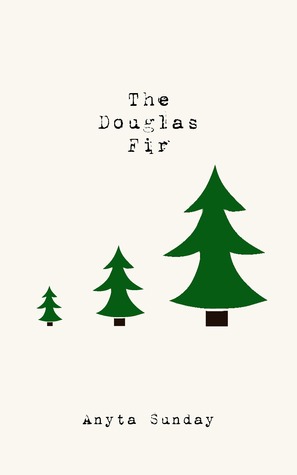 Anyta Sunday’s The Douglas Fir isn’t really a Christmas story as much as it is the story of a man finding his miracle in the last place he’d have ever thought to look.

It’s the story of Jason Kress, a man who’s very much in love with his neighbor Noah… who just so happens to be very straight. It’s the story of a fantastically romantic gesture, one that’s at first made to try and win Noah’s heart but then evolves into an act of pure and simple kindness, the sort of thing that makes a man want to do something for no other reason than to make someone else smile. It’s also the kind of act that even though done for Noah, it spreads its residual happiness to Dave, Noah’s best friend and the man Jase has been competing with for Noah’s affection.

As always, the author puts her own unique spin on this story, as it changes direction before leading to its happy ending. It’s one of the things I love about Anyta Sunday’s writing—there’s always something a little unexpected that happens before she brings the message home to the reader that love isn’t always as easy as it’s made out to be in books.

The Douglas Fir is short in length but long in characters I wanted to see work. It was a single sitting read not only because of word count but because the story flows so effortlessly that I couldn’t force myself to put it down until I’d seen how she would turn things around and untangle them before the end.

You can buy The Douglas Fir here: