“The best way to find out if you can trust somebody is to trust them.” ― Ernest Hemingway 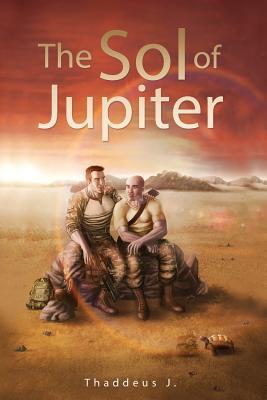 BLURB: Turner Michaels is an idealistic junior enlisted communicator that wants nothing more than to successfully execute his duties. After being transferred to a light armored reconnaissance unit in the middle of the Mojave Desert, the young U.S. Marine starts to feel a bit overwhelmed and out of place from his usual role of support – that is until he is reunited with his old friend Jace Sozio. Reconnecting with one another is simple, but neither of them could have imagined the intense yet awkward attraction that would grow between them. Though admitting these feelings to one another poses a dilemma for the men, as neither wants it to threaten their close friendship. Taking things to a whole new level raises a number of other questions as well. First and foremost, would their peers accept them, or would they have to forever hide their relationship? And admitting their true feelings for one another is easier said than done. Their harsh supervisor is demanding and makes life miserable for the pair, and they also have a number of very good (though sometimes annoying) friends that make them question if they even need enemies. But with the help of their family and inspiring leaders the two will discover that loyalty and support are stronger than bigotry and misperception. Proving that the Corps indeed is a sacred brotherhood where men can trust one another with their very lives.

REVIEW: I am very partial to military stories since I myself am a veteran, and I have been married to a sailor for almost sixteen years. I always find that the best military books are the ones that touch on the reality of a military life. I think this book was spot on. It followed these men from bootcamp and gave a very real account of life in the military. I have known a few servicemembers who were effected by “Don’t ask, don’t tell”. Their worries and fears were so close to what was written in this book; it was very realistic.

These two men want to be Marines for the long haul. They are like so many young men immediately after 9/11. They feel a patriotic duty to their country, and they feel that being Marines is the way to honor a country they love. The only thing that is standing in their way is the one thing that can ruin their careers, and that is the love they have for one another.

Michaels has always known that he was gay, but Sozio didn’t grasp his own sexuality until he realized he was in love with Michaels. They have one of the steamiest first kisses I have ever read, but then reality sets in. They have to find a way to be together, but not lose the respect of their fellow Marines. They could also lose their positions as Marines just for being together. I think the author handled the internal struggle they went through very honestly. Finding a balance between their career and their love life was a very hard task, but I believe it was handled beautifully.

If anyone ever needed to have proof of why “Don’t ask, don’t tell” needed to be repealed, this is a wonderful example of the kind of damage it could do to someone. Ask yourself what you would be willing to sacrifice for something you felt was your calling. Then think about the fact that you would have to sacrifice the person you love, the very reason your heart beats for, just to serve your country.

Thaddeus J did a wonderful job of showing not only their struggle, but their love for one another. It was clear that these two loved and would do anything for one another. If you love to read about Marines in love, then this is definitely a book you will want to read. Highly recommend.

You can buy The Sol of Jupiter here: