“The future belongs to those who believe in the beauty of their dreams.” ― Eleanor Roosevelt 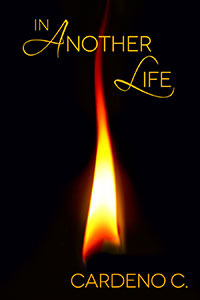 BLURB: At age 18, Shiloh Raben is tired. He no longer has the energy to deal with mean classmates, inner doubt, and fear of familial rejection, so he takes a razor to his wrist. When he wakes up in the hospital, Shiloh meets Travis Kahn, the EMT who saved him and didn’t leave his side.

Travis is handsome, smart, and funny – the type of guy Shiloh would never be brave enough to approach. But his near-death experience has an unusual side effect: the life that flashed before his eyes wasn’t the one he had already lived, but rather the one he could live. With visions of a future by Travis’s side, will Shiloh find the strength to confront his fears and build a life worth fighting for?

REVIEW: A lot of people believe that the holiday season is full of magic and miracles. For Shiloh Raben this Hanukkah is anything but magical. Not only has be been unmercifully bullied at school, but he is scared to share his sexuality with his family. He is worried he will lose his family, and the stress is just too much. The book opens with Shiloh trying to take his own life with a razor blade, but this is just the beginning of the story.

“You know how they say when you’re about to die your whole life flashes before your eyes? Well, as it turns out, it’s true. But it’s not like what you think. At least for me it wasn’t. Because the life I saw as I lay in the bathtub taking my last breath wasn’t the one I had lived during the eighteen years I’d been on the earth. Instead, the life I saw was the one I would be missing for the next eighteen.”

This story isn’t like anything I have ever read before. Maybe it was a Hanukkah miracle, maybe it is what truly happens at a time like this. Most of us will never know, but Shiloh had the experience of a lifetime…literally.

After Shiloh passed out, his next thought is him, at age thirty-six. He is doing chaperone duty at the school where he is a guidance counselor, and he meets the perfect man. Travis Kahn is everything Shiloh could ever want in a man, and he seems interested.

It takes a few days for the two men to make contact again, but when they do it is totally epic! It was a true laugh out loud moment. Travis makes a dinner date with Shiloh and from that point on, the two men are inseparable. They couldn’t be more perfect for one another. They end up spending equal time with both of their families over Hanukkah, and along the way they fall in love.

When tragedy strikes, Shiloh realizes that being in love may not always be perfect but it isn’t something to be missed. When he wakes up in the hospital he is once again eighteen, and there is a huge surprise waiting for him. I would hate to ruin the surprise, so if you want to find out, run, don’t walk, and BUY THIS BOOK!

Like I said before, this is a very original story and there is a little Hanukkah magic and the spirit of the holiday season will creep right into your heart. This is definitely another win for Cardeno C.

Watch for In Another Life (part of DSP’s 2013 Advent Anthology, Heartwarming) to pop into your Christmas stocking here: