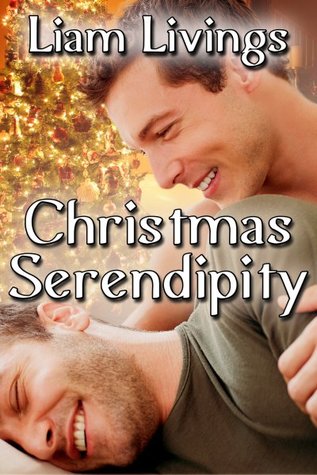 LL: Thanks to Lisa for having me here, my first time at The Novel Approach.

TNA: Thanks for being with us today, Liam. It’s lovely to have you here to tell us a bit about your new holiday romance Christmas Serendipity and to answer a few questions about the book.

TNA: How did you came up with the idea for the story?

LL: I watched the opening scene unfold before my eyes during summer 2013. We were on holiday in Cornwall, having a drink in the outside area of a pub, and I watched two women frantically drinking sangria before one of them started her shift in the pub. Later the woman who had started the shift returned to her friend to pass her cashpoint card and her PIN. Shortly afterwards the same woman returned, announcing she’d been sacked. I remember thinking, that’s an interesting place to start a story.

TNA: Do you think this story would have worked as well in any other setting besides the holidays?

LL: I’m not sure it would have done. Having the character spend 23 December to Boxing Day together probably wouldn’t have happened at another time of the year without them all going on holiday together. Which as it’s quite last minute, would have been unlikely. I think the Christmas element gave the opportunity to include buying gifts for one another, and that can show how thoughtful, or otherwise, the characters are about each other’s gifts.

TNA: Which, if any, of the characters was most difficult to write?

LL: Christian was the hardest to write, as he’s quite shy and doesn’t talk much. That’s nothing like me. However, I have met people who’ve been thrown out of their parents’ home after coming out, so I used that to flesh out his emotions.

TNA: If you were choose, what would you say is your favorite scene in the book?

LL: I like the scene when David & Christian are getting to know one another, talking about Christian’s love of Madonna and their shared interest in music concerts. I like that awkward tentative first steps of getting to know someone, when you want to tell them all about yourself, but you don’t want to tell them everything, and scare them off. Christian’s enthusiasm catches himself, and he feels he’s over-shared, but David finds it adorable.

Three things about him – there are five more on the website, one is a lie.

1) He lives, with his partner and cats, where east London ends and becomes nine-carat-gold-highlights-and-fake-tan-west-Essex.

2) He was born in Hampshire with two club feet (look it up, it’s not nice) and problem ears, needing grommets: this meant he was in plaster from toe to groin until he was two, and had to swim with a cap and olive oil soaked lamb’s wool over his ears – olive oil bought from a health food shop, before it was sold by supermarkets.

3) He started writing when he was 14: sat in French lessons during a French exchange trip, for want of anything better to do, he wrote pen portraits about his French exchange’s teachers. He wrote for his school’s creative writing magazine and still writes a diary every day.

How to get in touch with Liam Livings:

Christian thinks the world has ended as his parents get used to him being gay, and disinvite him to their Christmas. David has just been fired from his waiting job, and is still getting used to the fact that he has dumped him. Although David’s ex was a useless cheating, money grabbing waste of space, he was at least, David’s useless, cheating, money grabbing waste of space. And now David doesn’t even have that. He’s not in the mood for a night out with his best friend, camp Tony, just before Christmas. Instead they retire to Cathy and Tony’s place, to find a quiet Christian.

With Cathy’s organizational skills and enthusiasm, these four spend a non-family Christmas together, making the best of it. Together they drink, eat and play their way through Christmas, surprising each other at how it turns out, and how well they all get to know one another during the short break.
Refugees of serendipity and luck, David and Christian realize that spending the holiday season together may be just what they both needed, when they both needed it. They find that apart from both just escaping from awful relationships, they also have much more in common.

We talked late into the night, moving onto Cathy’s special Christmas spirits. “Only to be drunk at this time of year,” she explained. She appeared with a tray of snowballs—yellow advocaat and lemonade, foaming with a little red cherry perched on top of each one. “This’ll send us to sleep,” she advised.

We took it in turns to throw more wood onto the fire, until we ran out. Cathy announced she was going to bed. She’d made up the spare room for Christian, and she pointed to the sofa in the corner for me.

I looked at her, feeling slightly light-headed from the alcohol, and started to ask if she’d show me how to make it up. Before I could say anything more, somehow she’d managed with just one hand, to turn it into a bed and cover it with perfect duvet and pillows.

“Thanks, Cathy. Night.” I stood up, a little unsteadily.

She kissed my cheek. “Night boys.” And she made her way up the stairs.

Tony followed, waving goodnight to us both.

And then there were two. I’ll admit I did consider, for a brief moment, just following Christian to his room. But I decided he wasn’t that sort of boy, and really, neither was I. So instead, I opted for an awkward goodnight hug/kiss, standing over the remains of the Indian takeaway in the middle of the floor. The gentle glow from the fire and a few candles around the room gave the only light. He kissed my cheek and I his, before lingering for a moment too long on his neck, holding the hug as long as I could manage without seeming creepy. I felt his breath on my neck and I felt myself responding in my boxer shorts. We both pulled back and stared into each other’s eyes, his warm breath mixing with mine as I breathed in and out. He smiled. I stared into his deep blue eyes and kissed him again, this time with our tongues exploring each other’s mouths. He gently bit my bottom lip and a jolt went to my groin. I felt his hand on my bum, trying to pull me towards him, despite our legs being a few feet apart, separated by the takeaway. We fell onto the sofa, his small frame landing gently on my muscly chest. He sat astride me, leaning down and continuing to kiss me. His hands caressed my pectoral muscles under my T-shirt, tweaking my nipples, harder and harder.

Maybe he was that sort of boy, and maybe I was too.

Christmas Serendipity will be published by JMS on 8 December.

Liam would love to offer one lucky reader the chance to win an E-copy of Christmas Serendipity. All you have to do is leave a comment on this post and you’re automatically entered in the giveaway. Comments must be received by 11:59pm Pacific time on Thursday, December 12, 2013. One winner will be selected at random on Friday, the 13th, and notified via email for prize delivery.

8 thoughts on “Liam Livings Is Here Today To Offer A Little “Christmas Serendipity”, And A Giveaway”