“Courage does not always roar. Sometimes courage is the quiet voice at the end of the day saying, ‘I will try again tomorrow.” ― Mary Anne Radmacher 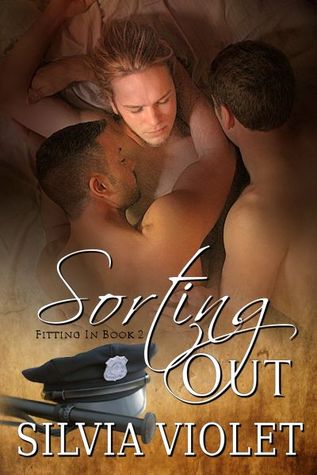 Blurb: Jack, Gray, and Mason have accepted that loves comes in many flavors and settled into a three-way relationship. Things haven’t been easy, and now that Mason has gone back to school and Gray is interested in a detective position, Jack is feeling lonely. His lovers aren’t around very often, and he misses lying around in bed, enjoying the benefits of living with two hot men. But Jack has secrets. He’s uncomfortable every time he puts his uniform on. He’s never recovered from seeing Mason held hostage, and he’s no longer sure he was meant to be a cop.

While stressing over his own future and facing pressure from Gray and Mason to bring their relationship out of the closet, Jack is severely wounded in the line of duty. His recovery, both physical and emotional might be more than their unconventional relationship can bear. Jack is going to need all the courage and support his lovers can give him if he’s going to bring himself back from the dead and create the life he wants to live.

Review: This is a series and should be read in order. I strongly recommend reading the first book, Fitting In, before reading Sorting Out.

This story begins soon after the first book ends, starting off with a bang and just kept going. There are communication issues being dealt with, and emotions are running high. The author again gives us real life scenarios and makes her characters work through them realistically.

The first story was told in Mason’s POV, and while I really liked Jack in Fitting In, Sorting Out is his story. By having his POV, I feel we really get to know him a little better. This book actually solidified my feelings for him. A situation arose that I truly didn’t see coming; it totally changed the tone of the story. Jack is questioning everything in his life and is seriously thinking hard about his future.

At this point in the story, I believe the author takes great care in how she portrays Jack’s issues. The story went a little darker while in Jack’s head. He is dealing with the fallout from some serious shit, and Mason and Grey are doing their best to give him space. Lost in his own mind, he is insecure and struggling to keep hold of reality. It’s a place I felt he had to go in order to move on, to find out where he truly belongs.

I loved how the author kept the characters true to themselves. Oftentimes we see a total switch in personality from one book to the next. That didn’t happen here. Gray, Mason and Jack are still the same as they ever were, albeit, with a few growing pains.

I felt this story was very well written. The author does a tremendous job in keeping the characters’ stories well balanced. There is no question how these men feel about each other. Some reviews I’ve read say there is too much sex. While there is a lot, I felt it was true to the characters’ natures and situation. They are sexual beings who need the closeness and intimacy they can give each other. Jack needed to remember that he was not alone, that he had two men who would take care of him. I feel it was just enough sex and wasn’t oversaturated. The very light BDSM and role playing in this story simply fits with these characters.

I really liked where the author went with this story. We definitely see the characters growing as human beings and growing in their relationship. We see them dealt harsh blows, and making some really hard decisions, but in the end I think it just made them stronger.

I’m really excited to see where the author takes these men.

You can buy here: