“Hindsight is always easier than the dreadful moment of decision.” ― Richelle E. Goodrich 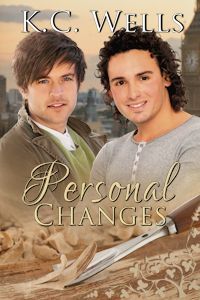 Blurb: Rick Wentworth has had enough of one night stands and quickies in clubs. It takes a night of uncharacteristic hedonism to make Rick admit what he really wants – someone to love him. But for that to happen, he needs to make some changes. Rick can do that. After all, what’s the alternative? And when he meets a guy who ticks all his boxes, he can’t believe his luck. His boss Blake Davis, and Blake’s fiancé Will Parkinson, however, aren’t convinced. They want to know more about Mr. Perfect, and their instincts are keener than Rick’s. Both men want to protect him. As it turns out, they needn’t have worried. Rick has a guardian angel…

When Angelo Tarallo sees Rick for the first time, it’s a match made in Heaven, as far as he’s concerned. And when he rescues Rick from danger, it gives him the opportunity to get to know the man who has captivated him. Before long, it’s plain to both men that this could lead somewhere. But when Angelo’s traditional Sicilian family finally discover what he’s been hiding from them for so long, an ultimatum spells heartache for the lovers – and worse.

Review: I am a total sucker for a good love story, complete with hearts and rainbows and HEAs. What I like even more is a bumpy road along the way and obstacles that the MCs have to overcome to get to that HEA. KC Wells has once again given me exactly what I love.

Rick Wentworth is a young man who harbored a crush on his boss for years, never acting on it because he thought his boss was straight. Recently that belief was blown out of the water when not only did his boss come out, but he is already in love and getting married to one of Rick’s close friends and coworkers.

Rick has been living the life of Riley lately. He has had his pick of men, and boy has he been picking! One morning he finds himself waking up between two men and sore in ways he never has been before. At that very moment he decides that he wants more. More than one night stands and nameless backroom encounters. To achieve this, he will have to change his behavior and overcome his reputation as just a good time guy.

Once his mind is made up, Rick sets out to find Mr. Right. What he finds are a lot of men just like he used to be. Then he meets a man who appears to be that elusive Mr. Right. He takes Rick out to dinner, wines and dines him, and even takes no for an answer when Rick tells him he wants to wait to go to bed together. It seems perfect right up until it isn’t, and Rick has to be rescued from this man. What Rick doesn’t expect is to find something amazing with his rescuer.

Angelo Tarallo has been keeping an eye on Rick for a while now. He knew Rick was the man for him; he just needed an opportunity to prove that to Rick. When he gets the chance, he takes full advantage of it and sets out to make Rick his.

Angelo and Rick start dating and it is more an old fashioned courtship than anything else. They go to the movies, out for coffee and simple dates. There are sweet kisses at the door and not much more for a while. When both men decide that they are ready for more and want to move their relationship to the next level, Angelo’s life with Rick collides with his family, and Angelo has to make a decision that tears his heart out and breaks Rick’s heart right in two.

The last part of this book has Rick finding an inner strength he never knew he had and Angelo deciding whether he will let his traditional Italian family ruin the only chance he has ever had at true happiness. With Blake, Will and some surprising supporters in their corner, these two may just get that HEA after all.

You can buy Personal Changes here: