“What you seek is seeking you.” ― Rumi 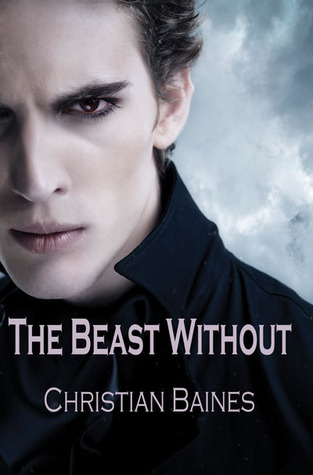 Title: The Beast Without

Blurb: Reylan is everything a Sydney vampire aspires to be: wealthy, handsome and independent, carefully feeding off companions plucked from the gay bars of Oxford Street.

When one of those companions is killed by Jorgas, a hot-headed young werewolf prowling his streets, Reylan reluctantly puts his cherished lifestyle of blood and boys on hold to help a mysterious alliance of supernatural beings track down the beast. It can’t be that hard… not when Jorgas keeps coming after him.

But there’s more to this werewolf than a body count and a bad attitude. As their relationship grows deeper and more twisted, Reylan tastes Jorgas’ blood, reawakening desires the vampire had thought long dead. And what evolves between them may be far more dangerous than some rival predator in the dark…

Review: I have read many shifter and vampire stories before, but not one that was anything like this one. Calling someone a vampire is an insult. In this book they are Blood Shades and they are born, not made. Then we have the werewolves that are actually referred to as Flesh Masters. Along with these two species, we also get to meet the Shapers and Cloak Masters; they are witches and invisible people respectively. I believe this is one of the more original supernatural books I have read in a while.

At the start of the book we meet Reylan, a Blood Shade, while he is out looking for a meal. On his way home with his meal, he runs into Jorgas, a Flesh Master. Their first meeting is definitely not a happy one. Unfortunately for Reylan, young Jorgas has become attached and he just can’t shake him.

Next there is Patricia Bakker, the leader of the Arcadia Trust. They want the Flesh Master, and Reylan agrees to deliver him, but over time he finds it hard to do what he has promised. Besides, he doesn’t fully trust them. Reylan has some difficult decisions to make, and Jorgas isn’t making it any easier. Reylan’s friends are pushing him towards the Arcadia Trust, but Jorgas’s blood has changed him, and there are some suspicious goings-on with the Trust.

This is, as I said before, a very different type of paranormal book. Reylan is definitely not a sparkly vampire, and Jorgas’s transformations aren’t smooth or painless. What surprised me most was the humor that I caught in the story right along with the brutality of their world. I got sucked into the story quickly, trying to figure out what the Trust was up to, what the church was up to, and Jorgas remains mysterious right up until the end.

I would highly recommend this book to anyone who likes a good old fashioned paranormal story with man-eating werewolves and snarky, brutal vampires. Christian Baines has struck gold with his debut novel, and I know I will be one of the first in line for his next books.

You can buy The Beast Without here: