“The very essence of romance is uncertainty.” ― Oscar Wilde 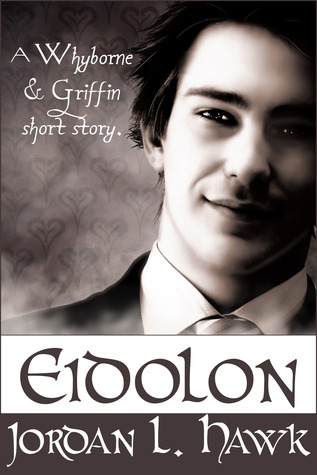 Blurb: Griffin Flaherty wants nothing more than to create a perfect Valentine’s Day for his lover, Dr. Percival Endicott Whyborne. Dinner at a fancy restaurant, an evening at the theater, and a romantic interlude at home should do the trick.

But a new client with an urgent case puts Griffin’s plans in jeopardy. A magic talisman has been stolen, and if it isn’t returned by sundown, it may unleash disaster not only on the thief but the innocents around him.

Can Whyborne and Griffin track down the thief and return the amulet by nightfall, or will dinner reservations become the least of their worries?

Review: One of the things about reading a book narrated in the first person is getting just one side of a story, or getting a version of all sides of the story but from the limited perspective of that narrator’s perceptions, ideas, beliefs. In the case of Percival Whyborne, we’ve seen his adventures unfold through the eyes of a man who is a bit socially awkward, is entirely too courageous, and is deeply in love with Griffin Flaherty but is—or was, until the most recent events in Stormhaven—unsure of how that love was going to thrive, let alone survive, in a world that doesn’t accept it.

With the gift of Eidolon, a short Valentine’s Day story set between Widdershins and Threshold, we get to see love from Griffin’s perspective, only to discover that in the face of all the things he’s ever feared in his lifetime, the greatest of them all may be that he will lose Ival one day, and it’s with no small amount of feeling that Jordan L. Hawk allows Griffin to emote, all while he and Whyborne are on a case that becomes curiouser and curiouser as the weird unfolds into an event that thwarts Griffin’s plans for a romantic evening out, but becomes the perfect excuse to stay in and let the real romance unfold at home.

On a holiday that isn’t usually associated with the macabre and unusual, Jordan L. Hawk mixes the strange and the sweet together and turns out the perfectly creepy little confection called Eidolon, and with my own deep and abiding love for these men and this series, I can say, with hearts in my eyes and goose bumps on my goose bumps, that this little story has now made me want a book from both Whyborne’s and Griffin’s points of view.