“A lot of you cared, just not enough.” ― Jay Asher 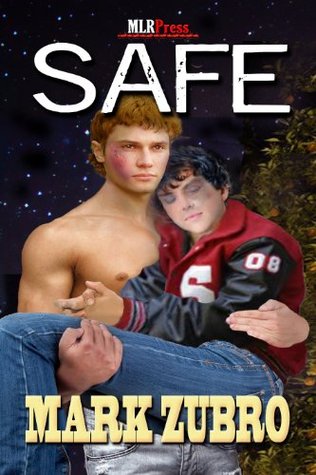 Roger Cook is in the middle of his senior year when Kyle Davis, the most picked on kid in his high school commits suicide. Roger agrees to write an article on Kyle for the school newspaper. As he gathers information, Roger realizes the dead boy was gay and may have been murdered. Gay himself, Roger wants to find out the truth, but this leads him to danger and the possibility of love. Roger opens himself to even greater risk while trying to make those around him safe.

Review: This author is new to me and after reading the blurb to his book, I immediately snatched it up to read. Wow, this story was all I expected and so much more.

We’re all aware of the bullying that goes on in schools today. Teen suicides are out of control, especially among LGBT youth. When I first started reading this, I was thinking it would be about a kid who commits suicide, but the author adds something even more sinister and horrifying in addition to teen suicide. Be warned, this story will take your breath away.

Roger is the MC and writes for the school newspaper. He writes about sports and athletes. He’s asked to write up a story about Kyle, the teen who recently committed suicide. At first he’s a little hesitant, he’s only written about sports. When no one else seems interested in the story, he takes the assignment, never knowing this story will alter his life forever.

Interviewing teachers and fellow students about Kyle, Roger comes to the realization that nobody really knew Kyle: he was a social outcast, he was nobody’s friend. I found this very sad and it broke my heart. How many kids are out there right now in this same situation, feeling the same way? What makes this story so real is that it could be plucked from today’s headlines. Granted, this story is fiction, but it’s based on truths, it’s based on happenings going on right now, this minute.

I really liked where the author went with this story. It takes a direction I wasn’t expecting, and I was fine with that. Instead of it being just about teen suicide and bullying, the author takes it a step farther and shows us exactly what hate, homophobia and ignorance can make a person do. I don’t know how many times my heart rate accelerated while reading this book. At times I wanted to reach in and grab certain characters and cause them physical pain. Yes, I was that angry.

Roger will be one of those characters that will stay with me for a long time. He was determined to get justice for Kyle, no matter what the cost. His perseverance was astounding, never once giving up on finding out the truth.

Now, in the middle of all this craziness that is his life, Roger is dealing with his identity and making self discoveries. The story ends on a high note, and we know Roger is going to be okay. Justice has been served for Kyle, in the end that’s all he wanted. I’m hoping the author will revisit Roger in the future. I, for one, would love to know what he’s been up to.

The characterization in this story is phenomenal. The author’s portrayal of emotions and reactions from the characters were right on the mark. I was emotionally involved right along with them. To say this was a gut wrenching story is an understatement. Get ready to have the tissues ready, just in case.

Highly recommended for all.

You can buy Safe here: