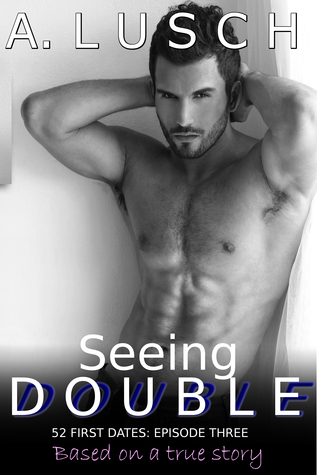 Blurb: The man-hunt is under way, and David’s keen to a snag a husband without having to complete every date of his 52 First Dates challenge. With several successful meets behind him, there’s a growing feeling of confidence that his search could actually work. But now that the novelty’s worn off, finding the motivation to keep going is about to become harder.

David finds himself trying to juggle meeting new men and providing a shoulder to cry on his to battered and pregnant friends. And, with a plethora of hotties vying for his attention, things are about to get more complicated.

In his semi-autobiographical serial “52 First Dates”, author Algenon Lusch is taking a page from his own life and translating it into the story of a man who’s reached the age of thirty and had an epiphany—he’s tired of the endless string of Mr. Right Nows in his life and is ready to find his Mr. Right, the one man with whom he can build a life and a future. What he’s quickly discovering, however, much to his chagrin and a few unsuccessful dates (and one very near miss) later, is that he was hoping he wouldn’t have to actually go on all fifty-two dates to find his soul mate.

Dating is a novelty for David, and he’s committed to the idea of keeping sex off the table—or out of the bed or wherever—until he’s had the chance to have a real and meaningful conversation with the men he’s sorting his way through on his search for the right one. Does that mean he’s entirely successful? Not really, he is human after all, and sometimes sex just has a way of saying what needs to be communicated in the heat of the moment. Mainly, “You’re gods’ honest sexy, but I can’t see me spending the rest of my life with you.”

Algenon Lusch has succeeded in making David an entirely relatable character, and I could feel how desperately he wants to fall in love with someone but not just anyone. By the end of this installment, I wanted him to find love, and his desire to find that one significant person to share his life with is a near physical presence throughout this chapter of the series. I found myself cheering him on, hoping right along with him that the next one would be The One. But, alas, there are more dates to come, more men to meet, and a sneaking suspicion that there’s a Mr. Wrong who could be a Mr. Right just waiting to be discovered. Only time will tell.