“The real world is where the monsters are.” ― Rick Riordan 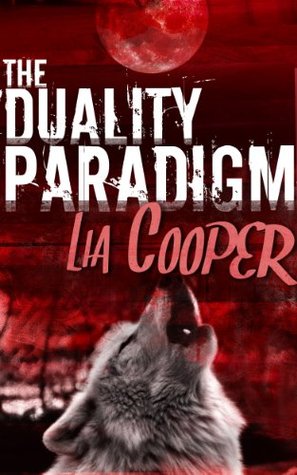 Title: The Duality Paradigm (Blood and Bone: Book One)

Seattle Police Detective Ethan Ellison, born into a long line of Quebecois magicians, leads a fairly unassuming life working Theft and consulting on magical misdemeanors. He’s spent eight years building a life for himself in Seattle, far from his father’s shadow. He works hard, lives under the radar, and fucks whoever catches his eye.

Detective Patrick Clanahan, beta-heir to Pack McClanahan, is a tightly wired bundle of rage and guilt, still trying to come to terms with the murder of his last partner.

When a human woman is murdered in werewolf territory under suspicious circumstances, Ethan is reassigned to work the case with Clanahan in the hopes that he’ll be able to balance out the wolf’s rougher edges.

Too bad they mostly just rub each other the wrong way.

This is the first of three books in the BLOOD & BONE TRILOGY.

With two leading men who really couldn’t be more different, this story turns Seattle into a city teeming with mages and shifters and a monster that no one can name, one that has murdered a young woman who thought to take on the investigation of a crime for which she could never have guessed at either its gruesomeness or the consequences of her persistence. Patrick Clanahan is the homicide detective assigned to the case because the death of Matilde Walker was accomplished by something far less than human, maybe a little more Stokerian than even Stoker might have come up with, but close enough to a werewolf—something Patrick himself is—to throw suspicion on two of Seattle’s feuding shifter families.

When Ethan Ellison is called off the job of tracking down thieves with rather interesting proclivities, there are two things wrong with the scenario—one, Patrick doesn’t want a partner, and two, Ethan is the self-proclaimed world’s least proficient mage, not to mention he has absolutely no experience in homicide. The dynamic of this duo is so doomed from the start that it’s no big shock when it’s discovered not only won’t they find it easy working together as partners but also won’t find it easy to relate to each other as a couple of guys who have little more in common personally than the fact they both have man parts. Their ideas on sex and commitment couldn’t be farther apart if they were measured on a scale of promiscuous to virgin—which is pretty accurate as Ethan is a little slutty and Patrick, being a shifter, will mate with only one soul and do it for life.

The author has created a great chemistry between these two characters, one that’s a little edgy, a little snarky, and a little contentious, which all adds up to a lot of great tension between them as they work to solve Matilde’s murder, and work to snuff the little spark of a different sort of tension that’s trying to grow between them. Love cliffhangers? Yeah, there’s a pretty good one at the end of The Duality Paradigm, so be prepared.

The plot is complicated by blood politics, an ex-lover who’s returned after nearly a decade to rekindle his relationship with Ethan, and a danger that’s come for both Ethan and Patrick. This book is filled with more action and suspense than you can shake a smudge stick at, not to mention a couple of great leading men who aren’t anywhere close to resolving all their issues, all set in a city that’s both familiar and at the same time wonderfully strange.

Lia Cooper is definitely an author to watch if her freshman novel is any indication of what’s yet to come. This story found its traction in both the mystery and the conflict between Ethan and Patrick, and never let up until the very end. Here’s to hoping Book Two isn’t so far off.

You can buy The Duality Paradigm (Blood and Bone: Book One) here: