“If you are going through hell, keep going.” ― Winston Churchill 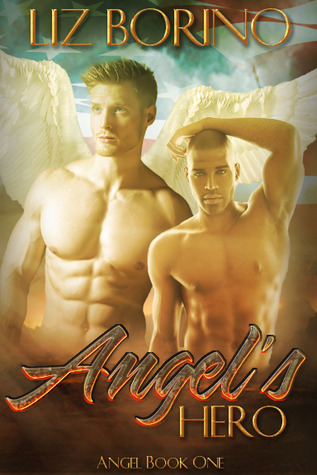 Blurb: CIA Agent Aaron “Angel” Collins doesn’t take many things on faith. He trusts his gut, his eyes, and his husband, Jordan, an Army Captain. When his commanding officers deliver news of Jordan’s death, Aaron needs proof. The facts don’t add up, and Aaron must decide if he can trust Major General Troy Hart to assist in his quest to discover the truth.

Captain Jordan Collins is battered and disheartened in an Afghanistan prison, but definitely not dead, though he learns his own government believes he is. His only mission now is to stay alive and make it home to Angel, if he can find an ally among the enemy. But someone in the US government will stop at nothing to make sure he never leaves that prison, And Jordan must reevaluate the lines between friend and foe if he is ever to return to his Angel.

Review: I’ve never read this author before and was quite taken with the cover of this book. After reading the blurb, I was even more interested in reading this story. A soldier presumed dead and a husband who refused to believe it. Military men with a twist—I was sold. What seems to be a routine mission starts off with a little apprehension from the get-go. Aaron is taken off the mission abruptly, without a real explanation as to why, the first of many little nuggets the author gives that tell us something is not quite on the up and up. So with Jordan off to Afghanistan, Aaron holds down the fort stateside, waiting for his return, not knowing how difficult their life is about to become. I was also not disappointed; this one kept me on my toes.

Having been inseparable since they first met eleven years ago, Jordan and Aaron are passionate, playful, and totally in love with each other. The flashbacks we get when they first met, up to present time, show these two men are without a doubt meant to have a forever together. I loved getting both Aaron and Jordan’s POV. Aaron’s reaction to hearing about Jordan’s death was unexpected. Instead of grief, he was angry, knowing deep down his husband wasn’t dead. I found myself cheering him on and hoping he would never give up. Jordan, finding himself in the most undesirable position, a POW, was determined to find his way home, no matter what the cost. I loved how the author made it seem as though they were both working together, even though they were half a world apart. True love at its finest.

The secondary characters play an important role, for sure, from Aaron’s annoyingly pushy older brother Chris, to the supportive, appreciative Elliot, Jordan’s father, to the man who is at the center of all the pain, grief and hardship Aaron and Jacob are going through.

The cast of characters and the book’s fast pace made this short story a fascinating read. The flashbacks and changing POVs throughout were informative and seamless, just giving the reader enough information to know what’s going on but leaving a little mystery to figure out ourselves. This author does it very well.

Ultimately, I felt this was about the love Aaron and Jordan had for each other. The bond between them is so strong, the forces that wanted to keep them apart never had a chance.

Overall, I enjoyed this story very much. I’m looking forward to the second book to see what happens next. Highly recommended.