“Choice was dangerous: you had to forgo all other possibilities when you chose.” ― J.K. Rowling 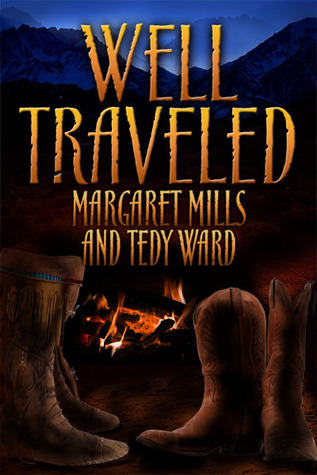 Blurb: Gideon Makepeace, a young man of twenty, knows who he is and what he likes: decency, men and women too, horse training, and fun… and in Livingston, Montana, in the lush autumn of 1895, he finds he likes a Lakota Sioux Indian better than he might ought to.

Jedediah Buffalo Bird is seriously wounded and seeking medical care, and Gideon helps Jed when some bigoted townsfolk might have done otherwise. Jed, who knows the wild far better than Gideon and feels indebted to him, agrees to repay him by being his guide to San Francisco.

Their trip takes them across thousands of wild miles, through the mountains men mine and the Indian reservations dotting the plains. Facing a majestic West, they learn from each other about white folks and Indians alike. Gideon’s interest in Jed is clear from the start, but will Jed give up the life he knows for a young, brash white man he has perhaps come to love? Or will he push Gideon away in favor of the peace of nature and the personal freedom of having nothing to lose?

Review: Historical romances are not one of my favorites, but when I came across this little gem a couple of years ago, Well Traveled by Margaret Mills and Tedy Ward became an exception to the rule. For me, it’s one of my prized finds. It’s the one that sits on your shelf for a time, and when you finally take it down to read…you kick yourself in the head for not reading it sooner.

While Gideon was taking care of Jedediah, when he was at his worst with an infection in his leg, Gideon, thinking Jed was unconscious and possibly dying from the fever, blurted out that he was attracted to him. When Jedediah recovers from his illness, he’s surprised that this white man spent so much of his time and money to save him. Since he cannot pay Gideon back, he insists on being his guide, making sure that Gideon reaches his destination of San Francisco. Unbeknownst to Gideon, Jedediah, while in his delirium, overheard his little confession.

What I really enjoyed about this tale (amongst other things) was how well Gideon and Jedediah fit. You can feel the chemistry between the two throughout the story. They are two opposites that complement each other. Along their journey, as they learn more about each other, Gideon gets a taste of what living as an Indian is like. He catches glimpses of how a once proud nation was brought down so low by the white man, what they are forced to do in order to survive.

Gideon, being young, had a tough time convincing Jedediah to trust him enough when it came to interactions with his kind—that there are decent folks who don’t care that he’s an Indian, especially in the larger cities, that men like them can disappear into without a bother. Jedediah knows better than to trust white people, knows that trusting these people usually ends with either humiliation or death for his kind. After all, his own mother was raped by a white man during a raid; hence, the reason for his last name. Jedediah Buffalo Bird—for the birds that rest on the backs of buffalo and plant their eggs in the nest of another for another family to raise. And even though Gideon has earned Jedediah’s trust, Jed is still distrustful enough to want to stay in his own previous existence, living on his own, enjoying the peace and freedom of living in the wilds and staying as far from white people as he possibly can. As Braves who ride backwards, Jedediah is the one who knows they must part ways at the end of their journey, or risk losing their lives.

Sadly, Well Traveled and its sequel, Earth and Sun, Cider and Sage, are about to disappear, possibly permanently. I noticed that it’s on Dreamspinner’s last chance shelf, and with this in mind, after reading it a second time, I decided to give it a decent send off.

Well Traveled is a highly recommended read if you enjoy westerns! And, like me, even if you’re not a big fan of historical romances. It might surprise you how well written the characters and story are. Historically, I felt it was pretty accurate, and it’s the kind of story that sucks you in and leaves you wanting more. I would love for Well Traveled to be given a chance at audio.

A 5 Star read and reread. Grab it while you can.

You can buy Well Traveled here: