“Witches don’t look like anything. Witches are. Witches do.” ― Franny Billingsley 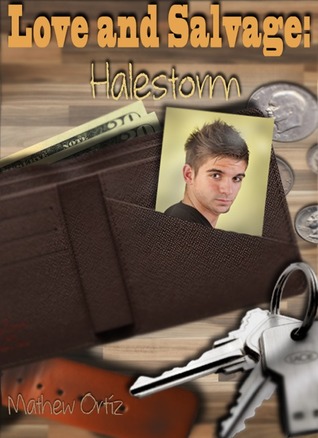 Blurb: Cursed, he must be cursed. Everything about Bumper Gaither drew Hale like a moth to a flame. When Bumper walked into the room, time stood still for Hale, and it took all he had not to scale Mount Bumper. Every fiber of Hale’s being wanted to throw himself into the big bear’s arms. There was one problem. Well not a problem, exactly. How was Hale gonna tell Bumper, that he was a witc…

… ch way was UP! Bumper’s head spun, his chest grew tight, all at the sight of the spitfire named Hale McAvoy. Their blistering kiss at his Aunt and Uncle’s barbeque left him wanting more, a lot more. However, despite his best efforts, Hale steadfastly refused to go out with him, despite the obvious attraction. That only made Bumper more determined. Like a bulldog with a bone, Bumper was not letting go. So why was Hale so hesitant to go out with him?

This book is a prequel to the Oswald Witches coming out in the coming months.

Review: Hale McAvoy, the loveable, sarcastic, pain in he ass from Loving Emmett, gets his own story. Hurray! And boy is it a perfect storm! He’s a witch with a serious case of lust for a certain redneck named Bumper!

When I read the teaser at the end of Eli’s Three Wishes, I was bouncing out of my seat with excitement because I wanted to read about Hale and his witchy ways. But there was also a little apprehension. How was Mr. Ortiz going to blend a supernatural story into an already existing contemporary romance? Well, I needn’t have worried because he did it! There was a fine balance between the new supernatural elements and an already existing contemporary story.

This installment of Love and Salvage follows Hale and Bumper. As I mentioned earlier, Hales’ a witch, he’s still hot for Bumper but won’t admit it, Bumper’s not giving up in pursuing him, and Hale’s mother shows up opening up a magical can of worms.

I’m not going to spoil anything by going into detail, but we get a good look into Hale’s history. He’s part of a very powerful magical family and is a very powerful witch himself. His power is precognition, the ability to see the past, present, and future. To Hale this power is a curse. His relationship with Bumper finally takes off. Their first date is tame, the second one not so much! Bumper is big and burly, and that’s how Hales likes them! And Bumper loves everything about Hale…well, maybe not so much the witch part. Bumper has a freak out when he finds out that Hale’s a witch. The circumstances shake him to the core. On top of everything else, it turns out that they are bondmates!

Our favorite supporting characters are back! I love that Mr. Ortiz keeps bringing them back because they bring a certain richness to the story. The writing style is suburb, in my opining. It’s easy and fast paced, full of humor and heat! I want more and I want it now!

Halestorm is a whirlwind that I didn’t want to end! A must read!

You can buy Halestorm (Love and Salvage: Book Three) here: