“I like it that order exists somewhere even if it shatters near me.” ― Elizabeth Moon 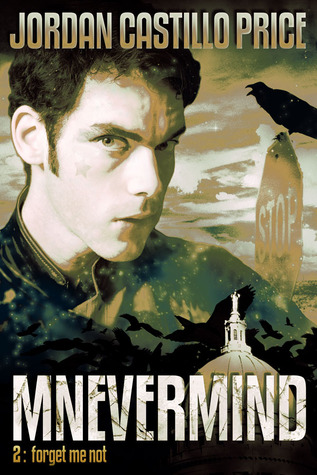 Title: Mnevermind 2: Forget Me Not

Elijah is on the autism spectrum, so the tasks of day-to-day life most people breeze through are a challenge for him. His career suffered because he never got the hang of schmoozing, and now he wastes his talents teaching classes at the mall. His social circle is limited to his ex, his therapist, and a structured inclusion group at the Rec Center. The one bright spot in his life is the memory science of Mnemography.

Although he loves nothing better than devouring the latest research and tinkering with all the specialized equipment, he never clicked with any other experts in the field until he met Daniel Schroeder. Daniel runs a memory palace—he even writes his own mnems—and that shared interest alone would make him fascinating. But Daniel and Elijah met under unusual circumstances, where the statement, “I like you, and I think you like me,” held some surprising nuances.

Now Elijah suspects he’s gay, but the few prominent people in his life are less than supportive. Some are downright hostile. Elijah might not be neurotypical, but he’s plenty smart. Surely there’s some way to get people to accept him for who he is. If only he could figure out how.

Review: I’ve read exactly two novels that featured leading men on the Autism spectrum, at least that I can remember. But really, what’s the point of giving a character an affliction if you’re not going to bother making him a memory? Jordan Castillo Price has made a memory of Elijah Crowe, and I love him beyond all sound reasoning, certainly more than I’m capable of articulating.

Elijah’s story begins with Daniel Schroeder in Persistence of Memory, the first book in the Mnevermind series, which is an absolute must-read before digging in to Forget Me Not. Daniel narrates “Persistence”, which was the perfect way to be introduced to Elijah because trying to unravel the mystery of Elijah along with Daniel was telling—it’s not easy to get a bead on the man. We know there’s something just that little bit different about Elijah, especially since Daniel first meets him in a mnem but then discovers Elijah is nowhere near as sexy and confident in reality as the man Daniel met in that false memory. Here’s the best part, though—Daniel persists. He doesn’t dismiss Elijah for all his tics and idiosyncrasies, which made me love Daniel all that much more too.

Jordan Castillo Price has created a world in which subjective and objective reality collide, a world in which it’s not always clear what’s truly happening and what’s being manufactured in a mnem, that alternate reality landscape which allows people to manipulate fact into fiction for their entertainment. What she has done so brilliantly up to this point in the series has caused the reader to question every single scene and to wonder if everything that’s happened has happened as a fact of existence within the construct of this world, or if it’s all a figment of the imagination—not the authors imagination but that of the characters she has created. In short, this series is one hell of a mindbender, and it’s brilliant in the telling.

There are points in Forget Me Not where Elijah, with absolute guilelessness, broke my heart. Not that he’d want or appreciate my sympathy, because he’s much stronger and more resilient than that, but he left my heart aching nonetheless, for all the things he wanted and needed and couldn’t always communicate to Daniel. Those moments when Elijah tried to be “normal”, the sheer amount of effort he puts into doing and being what’s expected, are brilliant and poignant and connect the reader to him even as he fights the sense of disconnect he has for his physical world.

There is no clear-cut ending to this book. In fact, JCP left us with another cliffhanger for our troubles, but that’s okay because we readers are much stronger and more resilient than that.

Read this series. If you’ve never read Jordan Castillo Price, start somewhere, start here, this is as good a place as any to fall into a time and place where unreality knows no bounds.

You can buy Mnevermind 2: Forget Me Not here:

4 thoughts on “Jordan Castillo Price’s “Forget Me Not (Mnevermind: Book Two)” – It’s A Fantastic Sequel In A Great Series”