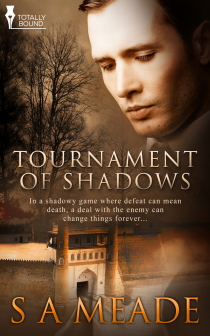 When it comes to writing Historical fiction, I think authors sometimes make a rod for their own back, as the saying goes. There were certainly a few occasions, while I was doing research for Tournament of Shadows where I wondered what the hell I had taken on. My main source was a book I’d bought years ago by Peter Hopkirk, called The Great Game. The book provides a gripping summary of the struggle between the British and Russian empires to gain control in Central Asia, and there are terrific little stories sprinkled throughout. There’s plenty of story fodder in there including an account of the deaths of Arthur Conolly and Charles Stoddart, two British soldiers who were held hostage by the Emir of Bokhara and ultimately met grisly ends under the blade of an executioner’s sword. Having stood on the spot where they were most likely executed, I’d wanted to write a story set during the heyday of the Great Game.

That book aside, I still needed more details. Google Earth was invaluable when it came to navigating the Volga River, and also in imagining the desert terrain that Gabriel and Valentin had to travel through. But, although I’m a bit slapdash when it comes to certain things in my life, I’m venturing into OCD territory when it comes to research. I faced one dilemma in the course of writing the story, in particular the date that Fort Alexandrovsk, on the shores of the Caspian Sea, was abandoned. As it wasn’t a ‘high profile’ military installation in the annals of history. Online research gave me one date and Hopkirk’s book gave me another. The online date did not suit my story. The fort was closed when I needed it open, but the book intimated that the fort was still in operation, so I went with that.

Research also made my characters’ travel difficult. It took some digging to find illustrations of typical river boats used on the Volga at that time. And I was frustrated by the lack of train services in Russia at the time, meaning that there was a lot of troika travel involved for Gabriel and Valentin, although in writing fiction, one can always just show the start and end of a journey, without having to put the reader through the bitterly cold tedium of an overland troika journey in a Russian winter.

Having said all of the above, research for a historical novel is a lot of fun, information can hinder a plot, or it can make it more fun. That was certainly the case with Tournament of Shadows. Now, however, I am taking a little rest from the historical stories before I dive back in to finish the third Endersley novel, which is partly set in Russia during the Bolshevik Uprising and the subsequent civil war. I guess I’m a glutton for punishment.

Tournament of Shadows is available on Amazon, AllRomance, other third party sites as well as from Totally Bound.

BLURB: In a shadowy game where defeat can mean death, a deal with the enemy can change things forever.

Reader Advisory: This book contains some violence, including beheadings.

17 thoughts on “Writing A Story Of The Great Game – A Guest Post And Giveaway by S.A. Meade”