“Writing about a writer’s block is better than not writing at all.” ― Charles Bukowski 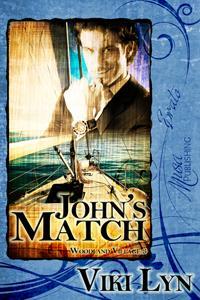 Blurb: John Kramer discovers two guys humping on the hood of his Ferrari in the parking lot of the local gay bar. When he finds one of the pair alone and in a drunken stupor, John drives him home. To his surprise, the young man’s father is his new next door neighbor, Scott Marwick. Tempers flare when Scott accuses John of getting his son inebriated and taking advantage of him. John plans to never see the man again.

Then John’s boss flips out when he finds out the jerk next door is Scott Marwick, a temperamental, but famous fantasy writer. The elusive author could save their company from financial ruin if they can get him to sign over his characters for a computer game. Ryan insists John befriend Scott, show him around the Village and get him to agree to a meeting.

The last thing Scott needs is friends. He moved to Woodland Village to forget about the past and to write. Since his partner’s death three years ago, he hasn’t written one word, and his agent, publisher, and fans are clamoring for the final book of his award-winning series. His life is spiraling out of control and he doesn’t know if he can finish his series. He doesn’t need the complication of love and he certainly wouldn’t associate his name with a computer game.

Review: This third book in the Woodland Village series features John Kramer and Scott Marwick. John is CFO of a popular video game company owned by his good friend. A recently made bad investment could cause the owner to have to sell, and this is weighing heavily on John’s mind. Scott is an author of a very popular fantasy series. He hasn’t had much luck writing lately, not since the death of his partner. With the popularity of his books, John’s boss believes if they could collaborate it may not only save the computer game business, but it may help Scott get past his writer’s block.

The bad news for John is the fact that the first meeting between he and Scott was not just bad, it was a complete disaster. John thought he was being a good guy by bringing home Scott’s drunk son, but instead, Scott accuses him of taking advantage of him. After tempers flare, John decides that he will just steer clear of the jerk. His best intentions are forgotten when Scott’s son asks John to check on his father, and John finds Scott in a bad way.

Soon the two men form a somewhat careful friendship. Some of Scott’s behaviors bring up bad memories for John, which make him wary of getting in too deep. Scott’s former partner had some secrets that keep Scott from trusting anyone too quickly also.

With all of this wary caution from both men, this relationship is a VERY slow burn, but once the fire is lit it burns fast and hot. They have some ups and downs but eventually, they seem to be getting it right. When a competitive video game company brings one of John’s secrets to light, Scott has to decide if he can trust John with his heart. John, on the other hand, has to wonder if he can be with any man who doesn’t trust him. With some help from their friends and family, these two have to find a way to muddle through if they ever want be happy.

I have thoroughly enjoyed all three of the books in this series. Viki Lyn writes great characters and puts them in very realistic situations. I liked watching John and Scott not only fall in love, but have to defend that love, even from one another. I hope this isn’t the last book set in Woodland Village. I could read many, many more. I would highly recommend this book, as well as the other two in the series.

You can buy John’s Match here: