“Running away was easy; not knowing what to do next was the hard part.” ― Glenda Millard 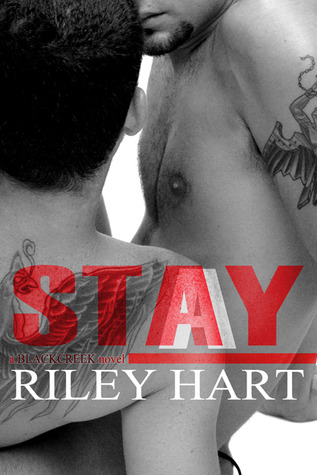 Blurb: Wes Jensen just lost the sister who raised him, and gained custody of his niece. The last thing he needs to add to his full plate is dealing with Braden Roth, the one-night-stand who continues to try to push his way into Wes’ life. He has a kid to raise now, and Wes isn’t great at getting close anyway.

Braden has never had a woman or a man sneak out on him the morning after. From the start, Wes intrigues him, and Braden isn’t one to deny himself something he wants. And he wants Wes. The more time he spends with Wes and the little girl who constantly keeps them on their toes, the more Braden realizes this isn’t just about getting the guy who walked away.

As their lives intertwine more and more, Wes discovers Braden isn’t as shallow as he thought. But after everything Wes lost in his life, he isn’t sure he can risk his heart, and truly want Braden to stay—and if he did, would Wes’ quiet life be enough for Braden?

Review: There’s always a risk in anticipating the sequel to the first novel in a series that blew me away. There’s the fear the book isn’t going to live up to the hype of my own high expectations for one, but I’ll be damned if Riley Hart’s Stay didn’t blow me away again with Wes Jensen and Braden Roth’s story.

These men were introduced in the first Blackcreek book, Collide, so if you haven’t read that yet, do it first, not only because you need some backstory but because it’s a fantastic book. As a character, Wes is about as needful of someone to love him as any man I’ve ever come across in fiction, and Riley Hart made sure her player, Braden, the guy who’s never been particularly choosy about with which sex he has sex, was just the man for the job—even if it did take a while for them both to understand and admit it. But even more than Wes needing someone to love him, he needed to learn to love himself and the life that was being built around him by virtue of his sister’s death, to understand that sometimes life heaps a whole metric-ton of crap on already weary heads, but in the midst of all the pain, there can be bright points of hope, and all he needed to do was decide that that hope was worth the risk of fighting for it.

As with Collide, the author weaves the title Stay seamlessly into every facet of the story and characters. Wes is a man who has no choice but to stay where he is, and Braden is the man for whom staying in any one place for very long hasn’t ever meant roots and security but has always signified stagnation and boredom. Stay begins with Wes wanting nothing more than for Braden to go, and Braden wanting nothing more than to continue to insinuate himself in the new life Wes is trying to cobble together with his niece, the precocious and utterly precious little girl who becomes the fulcrum of the bond that slowly forms between Wes and Braden. The harder Wes pushes, the more determined Braden is to push back, and all that friction translates into some intensely passionate moments between these two men. They’re opposable forces whose wills collide, and the question becomes, in the end, who will give in before the other gives up.

There are some pretty terrific moments in Stay: moments that are frustrating, moments that are incredibly touching, some that are off-the-charts sexy, and some that left me with a huge lump in my throat, fighting off the tears that threatened when these two men couldn’t fight for and against each other any longer.

As it happened first with Collide, then Broken Pieces, and now Stay, the ease with which this author draws her readers into the lives of her characters and keeps us singularly focused on every aspect of their journey is nothing less than impressive, start to finish. There is a certain simplicity to the way this story so effortlessly draws you in, all while the complexity of Wes and Braden becoming everything to one little girl, and something more than an indefinable label to each other, balances Stay and makes it another highly recommendable read in Riley Hart’s growing collection.