“Know the rules well, so you can break them effectively.” ― Dalai Lama XIV 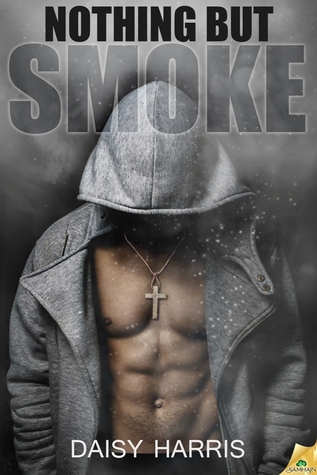 Title: Nothing But Smoke

Blurb: Michael Larson considers himself one of the good guys. He recycles, eats mostly vegan, and volunteers. But one night, while on a jog through a Seattle park, he encounters a sexy man on a motorcycle he wants to be bad with.

Firefighter Nicky O’Brian barely has time to even think about a sex life. Between his job and caring for his critically ill mother, his only pleasures involve a few racy videos and occasional nighttime forays to find men willing to help him forget his troubles.

It was supposed to be a one-time, anonymous hookup—until fate intervenes and their mutual attraction blossoms into a furtive affair. Michael doesn’t date closeted guys, but for the haunted, lonely Nicky he makes an exception.

When Nicky’s mother takes a turn for the worse, Michael is forced to make a choice between idealism and compassion. And as Nicky’s needs spiral out of control, Michael realizes that a new set of ideals could be exactly what he needs to keep love in his life—for good.

Review: After reading the first two books in this series, I was so very ready to read Michael’s story. Michael always came across as an arrogant kind of know-it-all, and it was hard to like him right up to the point we got to hear part of his story in the second book.

Michael has been hurt by a man so deeply in the closet that Narnia could be his address. After being left for a woman and a “normal” life, Michael swears he will never, ever, ever settle for being with a closet case again, and he has become so jaded he doesn’t even really date anymore. Settling for quick anonymous hookups in the local park, Michael ends up pulling a super hot guy one night. When he runs into him again, and realizes the guy is a total closet case, he decides to just enjoy the moment. This works for him right up until closet-case-boy asks for more.

When Nicky O’Brian sees his park hook up at a firehouse BBQ, he realizes he just might want more than a quick tryst in the park. There are two problems with that, however: his mother is not only sick but also would never understand Nicky’s attraction to men, and Michael is not interested in being Nicky’s dirty little secret.

Nicky has some decisions to make, and Michael is not going to be super patient while Nicky figures it out. Slowly but surely, Nicky begins to dip his toes in the pool of living out and proud, and Michael starts to understand why Nicky has to take it slow. Both men have to learn a little bit of give and take if they want to make anything out of the attraction they share.

Daisy Harris has tackled a few touchy subjects in this book, and I believe she did it very well. Nicky had to decide how much of himself he was willing to reveal to a mother who was going to be gone soon, in order to keep a man he was quickly falling in love with. Michael had to come to grips with the fact that not everyone is in the closet due to shame and just because he wasn’t introduced to the family, that doesn’t mean he will be left alone.

This was a very touching story of two men’s love for their mothers and each other. Ms. Harris did a wonderful job of showing how vulnerable someone can become when there is change in their life.

I believe this is the most emotional book of this series and by the end of the book, Nicky became my favorite character. There are times when a person has to sacrifice his own wants and needs to satisfy others, and there are times when he decides he has to satisfy himself instead. Nicky and Michael just had to decide which way they wanted to live: for themselves or for everyone else.

I would recommend all the books in this series, but definitely this third book has taken the top spot for me. You could read this as a standalone, but I would suggest reading them in order to get the entire experience.

You can buy Nothing But Smoke here: