“If you really want to escape the things that harass you, what you’re needing is not to be in a different place but to be a different person.” ― Seneca 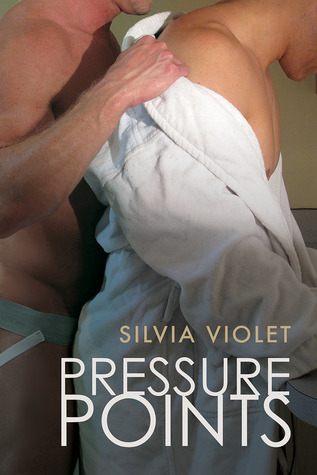 Blurb: It’s hard enough being an inn manager, serving at everyone’s beck and call, making sure all the guests are happy and the employees are paid on time. Add to that being a werewolf, a recovering alcoholic, and a pack leader. Add to that a brother who is trying to tear the pack apart and a dark past he can’t escape. Needless to say, Carl is under a lot of stress. Not helping: Justin, the inn’s human massage therapist—who Carl is trying not to fall for—has offered Carl a massage to “lower his stress levels.” As his boss, Carl can’t tell Justin his hands might lower stress levels, but they would raise something else.

Despite Carl trying to put him off, Justin won’t give in. Carl’s friends won’t leave him alone, and the divisions in the pack are near exploding. And it’s tourist season. The last thing Carl needs are wolf wars in the lobby. Like it or not, Carl is going to have to rely on Justin and the wolves who love him to teach him how to let go and get through everything without falling apart

Review: I have been looking forward to reading this book since the moment I finished reading Denying Yourself, the first book of this series. In the last book Carl literally picked Shane up out of the gutter, helped him get clean, and eventually brought him into his pack. Along the way Carl fell in love with Shane, but a happily ever after wasn’t in the cards for them. When Shane’s true love came back into the picture, Carl made the sacrifice and wished them well together, and now he is trying to move on. Unfortunately, that is easier said than done.

Being the Alpha of a pack of wolves isn’t the easiest job in the world. Throw in the added responsibilities of running the Inn that supports the pack and keeping his brother from tearing the pack apart, and Carl is just one huge ball of stress. To add to Carl’s stress factor, there is a new seasonal employee at the Inn, Justin. He is not only a massage therapist but he jogs in the tiniest shorts possible, and he is a vegetarian. When Justin finally convinces Carl that he needs the stress relief only a massage can deliver, Carl is instantly enthralled by him.

Eventually, Justin breaks through Carl’s self imposed walls and convinces him that not only can he delegate some of his responsibilities, but he will have to if he wants to reduce his stress levels.

When Carl decides to be with Justin, the relationship does help him to manage his stress levels, and he begins to let go more and more. Unfortunately, his brother has never seemed to forgive Carl for the past mistakes of his youth, and he is constantly pushing. When he pushes one too many times, it causes Carl to have to make some hard decisions. Not only in reference to his brother but with Justin also.

While Carl is trying to defend his position in the pack, he isn’t sure he can have Justin, a human, at his side. The situation pushes Carl towards the bottle he hasn’t touched in years, and away from Justin at the same time. Luckily for Carl he is loved by his pack, and he receives the support he so badly needs, but will he be able to convince Justin, who wants and needs him?

I loved getting to read Carl’s story. It brought into focus why Carl is so dedicated to the clinic and to his pack members. I was also very happy to see him find a little slice of happiness for himself. The hardest part for me was the relationship between Carl and his brother. There are so many issues between them that haven’t been addressed. and that is why they end up they way they do in this story. I am looking so forward to the next book in this series to see some closure for both of these men. Carl is well on his way to healing with the help of Justin, but I don’t think he will get there completely until he gets these issues worked out with his brother.

Silvia Violet has got me, hook, line and sinker, with this series, and I can’t recommend this enough if you are a fan of shifters and paranormals. Highly recommend this book and the first of the series, if you haven’t read that one first.