“The heart has its reasons which reason knows not.” ― Blaise Pascal 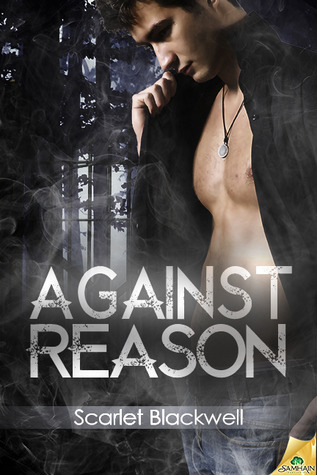 Blurb: He lost his heart once. Is it too damaged for love to find it again?

In the five years since the love of his life abandoned him at the altar, Jake Morgan hasn’t left his house. The locals in this small, English town have dubbed him “Mr. Havisham”, but he’s too preoccupied wrestling his demons to care about Dickensian comparisons.

Forced to admit he’s losing the battle to keep up his large estate alone, he reluctantly places an advert for help. The striking young man who answers his call shakes him to the core.

When Darius answers the ad for the position at the mysterious mansion, the bitter, lonely master of the house tugs at his heartstrings. Setting aside his own run of bad luck, Darius batters at Jake’s emotional walls with kindness and determination that defy all attempts to drive him away.

Just as tendrils of new love begin to intertwine, though, a terrible voice from the past intrudes. And threatens to drive Jake back into the shadows where Darius can never reach him.

Review: Let me begin with this simple fact: Scarlet Blackwell has a writing style that I’ve rarely skipped, skimmed, or rushed through due to boredom. In other words, Scarlet writes well. Now, I may not always be crazy about her characters or plots, but I’ve never turned down a chance to read one of her stories. In this case, not surprisingly, then, I had a problem with a character and some of the plot.

Okay, let’s start with Jake Morgan. This guy had more than one problem going on, other than his OCD, and I would have loved to read a little bit more about his background, especially if there’d been parental abuse to warrant what happened when his sleaze of a boyfriend left him at the altar for another guy. Living as a hermit in a big, old house, with the wedding cake and unopened gifts still around after five years, sounds pretty mental to me. Where are any friends to perform an intervention on this type of withdrawal from the world? I felt there was a big gap there in the plot, as obviously there were a lot of people who were at the wedding, judging by the amount of gifts. What happened to them? And let’s not go into what Jake would do in front of the mirror with all his self hate after this fiasco of a wedding.

Darius Harrison comes off as a really nice, caring guy. Unfortunately, even though Jake hires him as his dogsbody, he doesn’t last even a day before Jake fires him for going into the “forbidden room”. Here you have Darius, a guy who’s about to get evicted from his apartment, who goes against the bosses instructions and gets his walking papers, so why would he stick around and try to earn trust from a complete stranger after he’s fired you? It didn’t seem too bright, but still, he’s a nice guy.

Eventually, the two come together when Darius hears that Jake was taken by ambulance to the hospital for an emergency appendectomy. Darius, again against Jake’s wishes, proceeds to take care of his unwilling patient when Jake returns home.

Now, here is where things start to fall apart for me. For one thing, I don’t believe in insta-love. Insta-lust that turns to love, over time? Yes. Can I believe that Jake would even consider his sleazy ex-boyfriend’s intentions when he makes a reappearance, for even a brief moment, over Darius? No.

And with all the angst thrown in, these two still manage to find a HEA? My problem with this book is that it lacked a stretch of time to make me believe Jake and Darius were meant for each other, and I really don’t see them making it. Not unless Jake were to go through some serious psychotherapy for his issues. Jake is set up as too much of a runner when things get tough to make a long-term relationship believable.

So I’m giving this one a 3 Star rating.

You can buy Against Reason here: