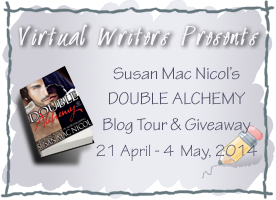 We’ve all seen the movies. The ones where the directors and producers scare the bejesus out of us when they drag unsuspecting children kicking and screaming in terror under the bed, or into the closet, or the dark room where something lurks..I mean everyone knows, You Do Not Get Out Of The Bed And Look Underneath It!!!

You just know when that one brave soul takes a poker and tells the others ‘I’ll go take a look’, and wanders off, jaw tight and eyes focused, that he or she is not going to make it back. Instead five or ten minutes later they will be found, horrifically dead, flayed alive, with wide staring eyes that said ‘Hell, I should never have done that, gone off alone..’

What are your everyday fears? What scares the crap out of you more than anything when it comes to imagining a horror that may lurk in your house or place of work, or *shivers* the laundry basement….

When I was a kid, I had this overwhelming fear of aircraft flying over my house. I have no idea where this fear came from just that it existed and it really was a phobia. We lived quite close to the old name Jan Smuts Airport in Johannesburg, and our house was in the flight path of the planes. I would lie in bed at night, huddled under the covers, and close my eyes and just pray that an airplane didn’t crash into my house. I’d hear it coming from a long way away, swallow, pull the covers over my head and pray for the airplane to pass over. It was irrational, stupid and something that I only grew out of as I got older.

Another friend had this fear of going to the toilet, thinking some foul mouthed, snaggle-toothed monster was going to come up from the depths of the blue rinsed Jeyes Blue water and rip her insides out. She hated going to the toilet and was often constipated as a result. I blame the parents and potty training issues. :)

And of course, we’ve all seen the movie Candyman. I mean, come on , tell me, honestly, how many of you have actually stood in front of a mirror and gazed into your own eyes while saying the word ‘Candyman’ five times? Oh, that would be no one, right? In our fevered psyches, there can only be one outcome to that terrible game and I for one don’t want to be on the receiving end of the Candyman’s vicious right or left hook. Literally. It was just a movie but I won’t chance it.

I’m sure you all have your neuroses and idiosyncrasies, the things that go Boo in the night and give you goose bumps. I guess the secret is not letting them take hold of you and control your life. Sometimes easier said than done….

Blurb: Powerful yet tormented warlock Quinn Fairmont must initiate the silver-eyed Cade Mairston into the world of witchfinders, Withinners, and what can happen when two men fall truly, madly, deeply in love.

In modern London,, there lurks a warlock. Quinn Fairmont. Dangerous, powerful, tortured. Sharing his body with the soul of an ancient Welsh sorcerer, Quinn is never alone—and never wholly himself. He fights against all those who would exploit his kind. He also takes pleasure where he can find it.

In the forest of Hampstead Heath, Quinn’s hometown, Cade Mairston appears like a waking dream. Lithe, lean and silver-eyed, he evokes feelings in Quinn unlike any other: along with lust comes true affection, immediate and shocking. Cade is clearly more than he seems. And yet, though a man of the world, Cade knows nothing of warlocks, witchfinders or Withinners. He knows nothing of what he is, what he might be, what he might feel. For him, the story is just beginning, and magyck, peril and passion await. 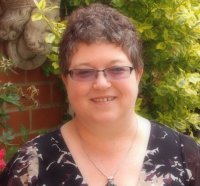 Author Bio: I live in the UK near London with my husband and two grown up children. I think my Twitter profile probably says enough about me to give you an idea who I am.

I’ll leave off the last bit of my profile. It relates to a fascination I have with a certain young British actor called Benedict Cumberbatch who was the inspiration for my leading man, Bennett Saville, in my Starlight trilogy.

I was born in the UK, moved to Johannesburg, South Africa 42 years ago, and of that I’ve been back in the UK since 2000, loving every minute.

Some of the highlights of my life – apart from getting married, having kids and moving countries – I’ve been picked up by a punter who thought I was a prostitute (there is a proper story behind this, I promise) , been involved in a car smash much like the heroine, Cassie, in Cassandra by Starlight, (only not as a result of a falling body on my car!), become a Wiccan, spent time in Kenya, where my older sister was born, and had a dream of being published recognised with my debut novel.

The Giveaway: An E-copy of Stripped Bare and Cassandra by Starlight