“You’re the one who has to live with your choice, everyone else will get over it, move on, no matter what you decide. But you never will.” – Veronica Roth 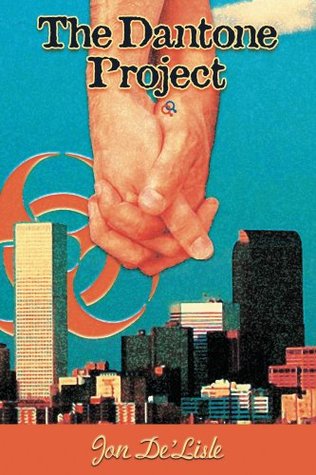 Blurb: James Warner is on the verge of a breakdown. He’s a 27-year old private investigator working at a mom and pop diner just to make ends meet. He’s also gay, and with the exception of his out of town high school friend Shawn, he doesn’t have a friend in the world. All that is about to change, however. A biological weapon project has fallen into the hands of the wrong people, and the project director, Damen Brussell, has gone missing. His brother, Clint, has hired James to find his brother, and the reason behind his disappearance. In one week’s time, James will resuscitate his private eye skills, as well as face his inner demons about what, and who, he truly is. James will encounter true love, as well as pure evil, in this missing persons’ investigation that will take him through Colorado, and into the canyons of Bandelier National Monument in New Mexico. James and Clint will both learn so much more than just what exactly is so dangerous about The Dantone Project.

Review: As a reviewer I am in a very difficult position with The Dantone Project. I am the third member of our review team to start this book for review. Instead of just not reviewing it, I made the tough choice to give the first ever one star rating from our blog. I have compared reading this book to watching a foreign film with English subtitles. All phrases and idioms don’t translate clearly and when they are translated into English, it can be difficult to understand what is meant by the words in the translated configuration. The words wind up being put together in a way that is unclear in English. That is what it felt like when I read this book.

I honestly didn’t get very far into it before I knew there were serious problems with the writing and presentation of the storyline. It was such a tough read that it made my head hurt from trying to understand it. What I did come away with was a profound sense of sadness for James. He stirred emotions ranging from anger at making bad choices over and over again, to sadness at his seeming inability to make better choices. He may have had Asperger’s Syndrome, a mild form of autism, as his presentation was certainly reminiscent of that. Especially as an adult, self-medication with alcohol is a common behavior.

If a reworked and re-edited version of The Dantone Project were released, I might give it a try. But as written, I can’t recommend this one.

You can buy The Dantone Project here: