“Wind’s in the East, mist comin’ in, like somethin’ is brewin’, about to begin. Can’t put me finger on what lies in store, but I feel what’s to ’appen all ’appened before.” – Mary Poppins 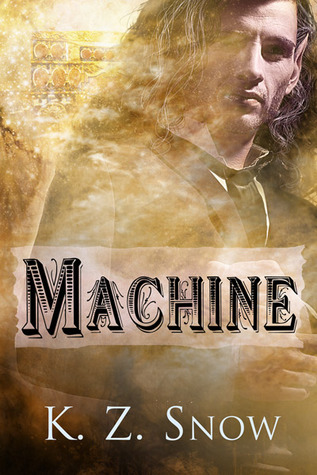 The closing-day flea market at the Marvelous Mechanical Circus always draws a colorful crowd, but salesman Will Marchman doesn’t expect to see a large, elaborate gold wagon on the plaza—especially one called the Spiritorium. The wagon’s exotic looking owner claims he can perform “cleansings and siphonings” via a miracle-working machine housed within. He can supposedly flush the wickedness out of people and places.

The Spiritorium appears in the Mongrel village of Taintwell the next day, setting off a potentially tragic chain of events that begins with a shocking revelation. To make matters worse, Fanule Perfidor, de facto mayor and Will’s lover, has been neglecting to take the tonic that stabilizes his moods. Besieged by his illness, Fan drives Will away. Then Fan’s best friend, vampire Clancy Marrowbone, vanishes, causing a rift between him and his mortal lover. Then Will disappears.

As Fan regains control of his mind, he knows what he must do to save his village and the people most important to him. He must solve the mystery of the Spiritorium and confront a man he’d hoped never to see again.

Review: Warning: I’m about to emote all over this book and its author.

There’s something a little bit significant about remembering the exact moment you fell for an author’s storytelling ways, when you embrace everything about it, all the way down to the gift for word choice and sentence structure. With K.Z. Snow, it happened many years and books ago with The Prayer Waltz and has survived through Fugly, Visible Friend, The Zero Knot, back-to-back readings of precious_boy… Well, you get the picture. By the time I read Mongrel, the first book in the Mongrel Trilogy, I was already of fan of the author’s work, so falling in love with Fanule Perfidor and William Marchman was pretty well preordained.

The world K.Z. Snow has created in this series is nothing less than a wonderment that offers some pretty significant real world truisms too, which are delivered by characters that try to reach out and grab you by the heart and mind and never let go until they’ve become engrained in your lexicon of favorites. From the half-breed Mongrels to the Pures to the vampire and an incorporeal wise woman, there is love, friendship, prejudice, and danger to be found in Taintwell and Purinton, this place and its inhabitants becoming vivid in the imagination with each paragraph that unfolds. It’s a world that’s been built over the course of three books and is one I hate to see come to an end, but as endings go, Machine couldn’t be more sublime.

Fan and Will are put through their paces when Fan goes off his tonic and his past is resurrected to deliver nothing but trouble to Taintwell, in the guise of religious dogma. K.Z. Snow opens this book with a sense of foreboding and imminent unrest that carries all the way through to the end, which puts us readers through our paces too, and made this a single sitting read. A book I refuse to put down until I’ve read the very last word is a book that deserves all of its five stars, if not more.

Each part of this story is woven together seamlessly; that of Clancy Marrowbone, beloved vampire, and his lover Simon Bentcross, is intertwined with Fan and Will’s story when the ugliness that has cast its pall over Taintwell threatens to steal Clancy and Will for the men who love them. Machine is tightly plotted and the pace never once lets up, as Fan fights to regain control of himself only to face down a foe whose lack of compassion and lust for knowledge has destroyed anything that might have once resembled a conscience, and Fan must become the compass that points the way home for the lost souls of Taintwell, as he himself finds a home in Will.

While I’m not at all ready to see this series come to a close, or to leave this mystical and magical world behind, K.Z. Snow has left us with the best of all possible worlds—and the ability to visit it again and again, as soon and as often as we’d like.

2 thoughts on “K.Z. Snow Brings The Mongrel Trilogy To A Brilliant Close In “Machine””