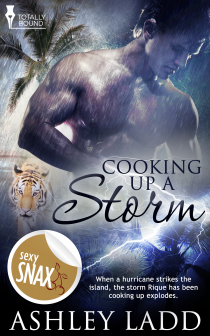 This week I’ve had a lot of reason to think about life, to question what is really important and what isn’t.

Unfortunately, my daughter-in-law’s father died a few days ago. He was only 66 and it was quite unexpected. He didn’t have a will so he obviously wasn’t expecting to die so soon. Don’t worry. I’ve had a will since my children were babies, and I’ve updated it as warranted.

Also my husband was put in the hospital again yesterday. This is his third time he’s been admitted within the past six months, poor guy.

Spending time with loved ones—family, friends, pets is at the top of my priority list. I hang out with my adult children and my friends a lot. I should spend a lot more time with my grandchildren so this is my wake up call to do so. My youngest daughter would disagree that I spend enough time with her. She thinks I spend too much time writing and promoting my books. I disagree.

Once I heard a popular author speak at a luncheon who confessed to moving across country to get away from her family so she would have more time to write. I heard she was diagnosed with cancer and died shortly after she moved. How sad.

As much as I love to write, as big a thrill as I get each time one of my books is published, I love my friends and family more. And believe me, I love love LOVE writing. It’s one of my favorite things to do and always has been.

Cooking Up a Storm

Brooks and Rique desperately want to win the head chef’s position offered by an eccentric millionaire Jonah Verleun on his beautiful, private but peculiar island that includes a zoo full of exotic animals, an amusement park and a monster shark tank beneath Jonah’s bedroom floor. While Brooks wants the job to escape his heartache and the lover who thwarted him, Rique is hiding from the mob, hoping to live long enough to pay them off with the prize winnings. Fierce competitors, they cook up a storm in a series of cooking challenges while trying to turn down the heat on their intense attraction. When a hurricane strikes the island, the storm Rique has been cooking up explodes, and no heart—or body—is safe.

Cooking Up a Storm

By reading any further, you are stating that you are 18 years of age, or over. If you are under the age of 18, it is necessary to exit this site.

Blinded by the bright Caribbean sun, Brooks DuBois blinked. When the beauty of his new home soaked in, he blinked again. He had to win the trophy job as executive chef for eccentric billionaire Jonah Verleun, and make this private Caribbean island his new home. Losing wasn’t an option.

Intoxicating scents of coconut oil and salt water danced around his nostrils and he inhaled more of the luscious scents. Sand squished beneath his feet and waves of heat assaulted his flesh, making him perspire profusely.

A native New Yorker from Upper Manhattan, he felt blessed to be here out of the cold, if only for a short time, but he prayed it would be forever.

His competitors jostled him, their excitement contagious. Four other chefs had accompanied him on the private jet. Sun stars glistened off the runway like diamonds.

David, one of the two other male competitors, stood closest to him, towering well over six feet and puffing out his chest. An ex-Marine, he was muscular with broad shoulders, lean hips, hollow cheeks and a deep cleft in his chin. He stood ramrod straight, as if he had a rifle stuck up his ass, and he still wore his reddish-blonde hair in the favored military style, standing straight up on top and close shaven on the sides. The man with his huge biceps and six-pack abs was a poster-boy Marine.

Too bad the hottie glared at him in disdain.

Brooks chastised himself. Raw from his break-up with Xavier, he wasn’t here to score a lover. After a decade of love and devotion, Xavier had left him for Amber. Amber! A woman for Chrissakes! Not even another man! He’d had to leave town fast, to get far away from his ex and all reminders of him. For Heaven’s sake, the man was a latent breeder and wanted to produce a hoard of little Xaviers. No way could Brooks stand to run into Xavier and Amber making goo-goo eyes at each other, kissing and snuggling and being totally obnoxious.

Jabbering a mile a minute a few feet distant was Leticia, a thirty-something black woman with a big mouth and an even bigger attitude. Crystal beads and silver filigree were woven through her tresses and gold was embedded in her teeth. Several gold and silver bangles stretched up her arms, and rings adorned every finger. She was a lightning rod and he moved in the other direction even though there wasn’t a cloud in sight.

Leticia waved her finger in front of their faces, repeating herself several times as though saying it would make it happen. “No one’s gonna steal this prize from me. No one deserves it more than my family. Y’all wasted your time coming here as I’m gonna win. Mark my words.”

Brooks tried not to roll his eyes or smirk, but he couldn’t stop at least one eye-roll. Everyone wanted this job enough to sell their souls. They all thought they deserved it more than the others. Every time someone spouted this out on the TV competitions, he wanted to scream and wring their necks. Now this nonsense was in his face.

As much as he felt for Leticia’s family, he disagreed. A remote island with an eccentric man was nowhere to raise children. He craved the solitude and carried no baggage. No, he didn’t crave it, he needed it. More than just New York City, he needed to escape civilisation.

Nodding in rhythm to Leticia’s ranting was Sue Ellen, a butterball of a woman who he guessed to be at least sixty. She wore her gray mop short and layered. Blue glasses with Coke bottle lenses sat propped on her up-tilted nose, and the hearing aids protruding behind both ears whined without provocation. Whereas Leticia sported a garish amount of bling and makeup, Sue Ellen didn’t wear a bit of foundation, eye shadow, or jewelry, the epitome of boring in her button-up man’s shirt, stretch pull-on pants and clunky gym shoes. Her stubby white eyelashes were almost invisible against her large, bulging muddy-brown eyes. She could’ve been a nun.

Lord, how he longed to give both women makeovers.

Thank you for hosting me today. :) 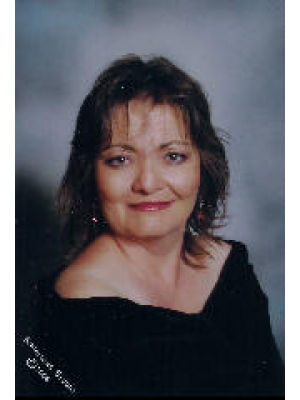 I live in South Florida with my husband, five children, and beloved pets. I love the water, animals (especially cats), and playing on the computer.

I’ve been told I have a wicked sense of humour and often incorporates humour and adventure into my books. I also adore very spicy romance, which she weaves into her stories.

Where you can find me:

26 thoughts on “Ashley Ladd Joins Us Today On The “Cooking Up a Storm” Blog Tour, With A Giveaway”