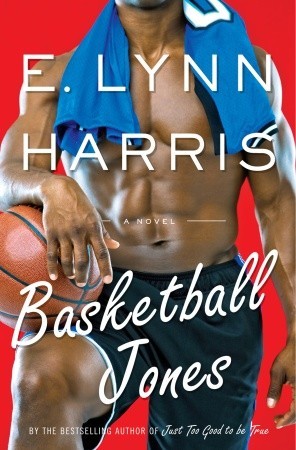 If someone is going to keep secrets, one thing that should always be practiced is communication. This is key, it’s crucial to live happily and to be free of issues to come. People who don’t communicate effectively will surely be in the doghouse later. This is what’s happening with AJ because he isn’t communicating, at all, and he’s just digging himself an even deeper hole.

AJ returns from his mother’s house, and he’s back in his element. Jade has been by his house occasionally, to take care of things while he’s away, and she even bought him a very nice plant. All right, I may have been a bit harsh on Jade. I just really don’t like people claiming that they have super powers when they, in fact, don’t. But I do believe that I have been a bit hard on Jade simply because of this. Jade, since AJ has been gone, has kept the place spick and span, even adding a few extra perks, such as the small pot of flowers.

It isn’t long before the caller calls again, however, and this time on the house phone rather than the cell phone. The caller does a little more blackmailing to do, telling AJ that he is to take a quarter of a million out of his bank account, give it to the caller, and then clear out of town. AJ thinks that the caller is bluffing, and I have to agree because there’s no way that this caller could be serious. Or, perhaps AJ is really that much of a wimp and he won’t go to the police because he really believes in keeping Dray in the closet. The chapter consists of the two of them talking on the phone, and then AJ watching the video, sent by the blackmailer, of them having sex.

I just have to say that I would have taken the email address and immediately pasted that into Google and did a massive trace, but AJ isn’t as smart as I am and believes that he is in serious trouble, so then he calls Dray and tells him that they really have to talk, and I am about to leap in the air and rejoice because the two would team up and eventually, nab this blackmailer.

When Drey gets home, however, AJ gets hard because he sees that Dray is hard, and that soon leads to a huge sex scene where they don’t talk about much, just that AJ was missed, and that Dray is ecstatic about the fact that he is having a baby boy, and a baby boy was what Dray always wanted, and again, he slaps AJ in the face figuratively, not even understanding what’s going on inside the head of AJ. AJ, however, doesn’t voice his thoughts as usual, and he wallows in something that reminds me of depression, and this is all after sex too, but AJ thinks for a while and he still cannot contemplate who the blackmailer is and or what he will do in order to get out of this situation.

The chapter ends with the two of them in the bed, with Dray ignorant about the situation that’s happening, and this makes me beyond furious at AJ, simply because I would have told Dray a long time ago. I don’t understand why AJ doesn’t tell Dray what’s going on because, well, perhaps the two solve this with the combined power of their minds… but that doesn’t happen at all in this chapter and I am wondering why not.

I understand that AJ doesn’t want to lose Dray, but I also don’t understand why AJ is letting this go ahead and combine to manifest in such a manner. The more this goes on the more aggressive the blackmailer will become, and the more demanding as well, not just when he leaves the city. I don’t think that AJ knows how bad this situation is. This will definitely get worse. I just hope AJ realizes that he needs teamwork in order to get out of this, not try to make it solo.

Stay tuned for the next chapter!