The Novel Approach is pleased to welcome David Pratt on the Looking After Joey Blog Tour.

Blurb: From the author of Bob the Book comes a funny, fast-paced, touching tale of love, laughter, family of choice and fabulousness!

Q: So there’s comedy and drama in “Joey.” Is there romance?

David: Absolutely! “Joey” is not a traditional romance, but the characters are all looking for love, and they find it—or we can be pretty sure they will.

Q: Now, “traditional romance” to you is…?

David: I think of traditional romance as having a central couple for whom we cheer. Rochester and Jane. Francesca and Kincaid. In Bob the Book, which is not entirely traditional, either, we cheer for Bob and Moishe and for Neil and Jerry. In Joey, we cheer for Joey and Doug, but the book is about Calvin growing up and letting go, rather than about him finding a man. It’s about him becoming ready to find a man. That’s much harder.

Q: And Joey is “romantic” in other ways.

David: It has a romance going with New York City, even though the thing now is supposedly for creative people to leave New York. I also have a romance with the old-fashioned “gayborhood,” where gay friends go to feel free, go bar-hopping or go to a gay bookstore like in Bob. Those gay ghettos are disappearing. Walk down Christopher Street now and you see a gay business here and a gay business there, but not a whole gay world. Maybe we don’t need that to feel safe anymore. I grew up with gay ghettos, though, and I love them. The Joey caper is Calvin’s and Peachy’s last fling as boys in the gayborhood. The first half is a gay version of a boys’ adventure story with all those plot twists and characters. When the party is literally over, the boys have to grow up. The local video store is replaced by a big box store, Joey and Doug are off on their own, and, well, no spoilers: you’ll have to see for yourself how it ends for Calvin. It’s sweet and romantic and funny, too.

Q: What are some of your memories of “gay ghettos.” Are they disappearing just because, as you say, they aren’t needed?

David: Many gay businesses are financially tenuous. Before Giovanni’s Room, the gay bookstore in Philly, closed, they held a 40th anniversary celebration. The owners and managers from over the years spoke about just getting by. They did not run the store for money; they did it for the movement, because there had to be that place for people who were seeking answers and seeking to connect. I loved that. But when you can create an approximation with electrons, you may not be able to hang onto bricks and mortar. Real estate is unforgiving. The alternative economies of smaller groups often can’t stand up to it. Gay literature may be “safer,” financially speaking, online.

By the time I was out, gay bookstores were no longer the only places to go for gay books. In the early eighties, most bookstores in New York had the gay books I was interested in, though I did go to Oscar Wilde and Different Light from time to time. Otherwise, I did not live near a gayborhood, nor did I go to bars. My memories of those places have mostly to do with a rather compulsive search for pornography. That got me into trouble eventually (see my short story, “The Addict”), but my memories are still fond ones. The creaky floors, the boxes of magazines, the erotic pulps. We needed to know something, to see something, to see ourselves, and those places provided that. I visited the Castro for the first time in 2005. It still had that feel then. I loved it. But now Different Light’s gone from there and I don’t know what else. 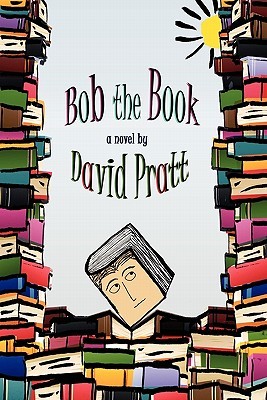 Blurb: Just what is a ‘gay book’? -A book attracted to books of the same gender! Meet ‘Bob the Book,’ a gay book for sale in a Greenwich Village bookstore, where he falls in love with another book, Moishe. But a freak accident separates the young lovers. As Bob wends his way through used book bins, paper bags, knapsacks, and lecture halls, hoping to be reunited with Moishe, he meets a variety of characters, both book and human, including Angela, a widowed copy of Jane Austen’s ‘Mansfield Park’ and two other separated lovers, Neil and Jerry, near victims of a book burning. Among their owners and readers are Alfred and Duane, whose on-again, off-again relationship unites and separates our book friends. Will Bob find Moishe? Will Jerry and Neil be reunited? Will Alfred and Duane make it work? Read ‘Bob the Book’ to find all the answers.