“I’m running. Running as far away as I can possibly get from a boy. A boy that had me all twisted and turned on the inside.” – Napoleon Charming-Balak 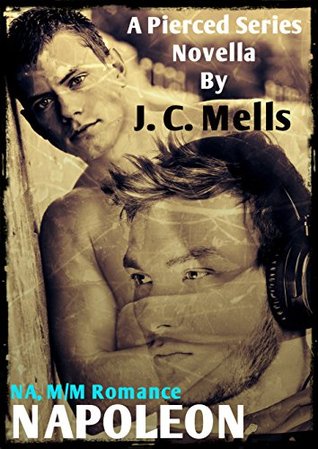 Blurb: Napoleon Charming-Balak has been crushing on the “exchange student” that’s been staying with him for the last six months.

The object of his crush: Sixten Dahl, a straight boy that seems to get his kicks from flirting with, then torturing, Napoleon in the cruelest of ways. Is it any wonder Nap, and his best friend Moused, are high-tailing it to New York City as fast as they possibly can? If there’s one thing Napoleon is hoping for, it’s that life in the Big Apple will be exactly what his self-esteem needs to get over the Swedish tease that has been tormenting him all summer long.

If he could only stop thinking about Sixten long enough to enjoy it.

Review: As a reviewer, sometimes one of the riskiest things we can do is to take a chance on an author we’ve never read before. Unfortunately, it doesn’t always work out so well, but then there are the times it pays off in a big way and we get to pat ourselves on the back just a wee bit for reading a blurb and choosing wisely. I don’t mind telling you I’m patting myself like crazy over J.C. Mells’ Napoleon, and it’s all because of the adorable Napoleon Charming-Balak himself, and the sometimes snarky, always charming way he tells his story, lives up to his name, and even has a little fun at both the reader’s and author’s expense.

Napoleon is billed as book five in the author’s Pierced Series, and, unless I’m not as good at reading blurbs as I think I am, is the only M/M book in the lot. While this novella certainly stands well enough on its own, I did find that by the end I wanted to know not only more about Napoleon’s backstory but about the world in which this novella is set—not about Nowhere, Nevada, but about the werewolves and vampires who populate the alternate universe the author has created. Setting that aside, however, and focusing solely on the story of the out and proud eighteen-year-old Napoleon and his very straight, Swedish prince, Sixten Dahl, this sweet and captivating little tale did wonderful and romantic things to my heart.

J.C. Mells builds up the chemistry and tension between Nap and his enemy-cum-everything, Six, from the moment they meet, and doesn’t let up on the angst until the very end of the book. I loved the conversational tone of the writing, which only more firmly endears Napoleon to the reader. Rather than the author telling the story, Nap is one-hundred percent present as the narrator, as if he’s chatting with you about his life and how he got where he is, one monumental occasion at a time, and it worked perfectly.

Though the minor characters don’t play a huge role in Napoleon, there are some standout supporting role players: Nap’s best friends, Moused and Mizuki; Sixten’s de facto bodyguards, Viggo and Theo; and vampire retinue, Reyes, are all character who made enough of an impression that I’d have been more than happy to know them a little better, but again, that wasn’t for this book. This book was the story of how Napoleon lands the prince in his very own fairy tale, and even though Sixten makes Nap work for it, what would a fairy tale be without the hero having to overcome a few obstacles before he begins his happily ever after? And, for that matter, what would a fairy tale be if the beast wasn’t transformed by true love?

As for the happy ending part? Well, as far as I’m concerned there needs to be far more of Nap and Six’s story told because this, this is only a happily recommended beginning.