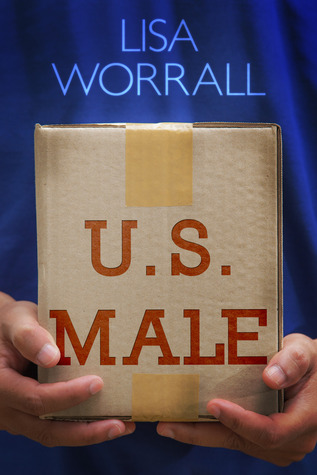 Thank you for having me!

My latest release is a short previously seen in the Dreamspinner anthology, Uniform Appeal, called U.S. Male. As you can probably guess, the submission call was for stories about men in uniform, any kind of uniform. It piqued my interest and I thought about what kind of uniforms I liked. I mean, everyone likes a man in a crisp starched shirt and dress blues, or muscles accentuated by khaki, and, of course, let’s not leave out the firemen and their hoses—sorry, I couldn’t resist!

When I sat down to think about what to write, the one thing that kept echoing in my head was the fact that, as much as the above uniforms put a bit of a zing in my ding-a-ling, they probably rang a bell for others, too. This led me to wander down the path of least uniforms, if you’ll pardon the pun, and I thought about the everyday Joe. You know, the UPS guy with the tight buns in those brown pants. The guy who fixes your satellite dish when the signal goes screwy. The pizza man who delivers more than a pizza while keeping on that stupid baseball cap. But the one who stuck out for me was the mailman. Those tight navy shorts, close-fitting polo shirt and a big package.

Once I’d got my man the story just seemed to flow. Guy works from home, gets a package delivered and a lot more besides by a drop dead gorgeous man in post office blues. I don’t know about you, but the thought of opening the door to a sexy guy who wants to cater to your every whim, kind of appealed to me—even though every fibre of your being is telling you not to let him in, lol.

Having said that, my postman’s name is Jim and his legs look like milk bottles in the shorts he’s started to wear since the sun came out and he calls me ‘Li’… not that you’d think the ‘sa’ would be that difficult to add. But I digress.

As with a few of my stories, there’s a little twist at the end. Maybe a sting in the tale (did you see what I did there?) to remind you what could happen if the sexy mailman is not quite who he appears to be. I know the ending isn’t for everybody—knew that when I was writing it—but those last few paragraphs niggled at the back of my skull until I gave in and put them down in black and white. So, I hope you like it and take it for what it is… hot, hot, hot.

BLURB: This short was originally seen in the Dreamspinner anthology, Uniform Appeal.

Uniforms didn’t do it for Rick. A firm ass in a tight pair of jeans rang all his bells. But uniforms? Not a single tingle. At least that’s what he thought.

Until he opened the door to the new mailman…

EXCERPT: Rick didn’t have a uniform fetish. This confession had led to his two best friends declaring there was obviously something fundamentally wrong with him. Which then led to them questioning whether or not he was (a) actually gay and (b) actually breathing.

He’d listened to their heartfelt pleas for the fireman and the cop. Not to mention the Marines and soldiers who served their country. Hell, even the humble waiter down at the local Denny’s got a mention. But a man in uniform just didn’t do it for him.

Eventually they’d given up on him, expressed their disappointment in his lack of taste and left him to his own devices when they hit the clubs. Nope—give him a firm ass in tight jeans and a T-shirt two sizes too small and he was perfectly happy, thank you.

At least that’s what he thought.

Then he opened the door to the new mailman.

“Yes… Rick,” Rick mumbled, vaguely wondering if it would be too obvious if he kicked himself for his total lack of cool. “I mean…yes, that’s me.” He huffed out what sounded like a desperate laugh, even to his own ears, and felt the flush of heat in his cheeks. “Morning,” he trailed off lamely and tried not to drool on the man’s shoes.

“Package for you, sir. I just need a signature.” The guy held out a computerized pad and pointed to where Rick needed to sign.

The mailman held it steady while Rick tried to scrawl in the little square box. “I swear my handwriting isn’t really this bad,” he mumbled, trying desperately not to get caught staring at the muscled thighs that bulged from beneath hideous, polyester, navy shorts.

“That’s okay,” he replied, pressing a few buttons on the pad and then slotting it back into the holder on his belt. “No one’s handwriting looks good on these things. Anyway, hope the package is something nice. You have a good day now.”

Rick closed the door slowly, telling himself he wasn’t really looking at the curve of the mailman’s ass while he walked back up the path. Nor was he watching the way defined muscles bunched and moved beneath the pale blue cotton shirt; which Rick thought couldn’t possibly have been tighter if it tried. Letting out his breath on a long sigh, he closed the door and leaned against it momentarily, turning the package over in his hands. He already knew what was in it. An antique doll he had bought to stage some Victoriana shots in his photographic studio. Stepping back in time and having your picture taken in the garb of the era seemed to be all the rage at the moment, and who was he to sniff at the latest fad if it was going to put money in his pocket? As he walked back towards the kitchen, the doorbell rang again. Opening the door, Rick found himself once again staring at the engaging dimples either side of the mailman’s smile.

“Hi, again,” he said, taking off his navy cap and running a hand through dark, chocolate colored hair.

“Would you mind if I used your bathroom?” the mailman asked. “Only my van is parked like three streets over, and then I’ve got to drive for twenty minutes back to the depot, and you’re the last stop on my route…”

The light in those…blue, no wait, they were green, nope, brown…eyes was pleading and Rick found himself inviting a complete stranger into his home before he could question what the hell he was doing.

“Sure, it’s at the end of the hall,” Rick said, standing aside and waving the mailman in. Jesus, he thought when the guy smiled gratefully and walked past him. He’s fucking huge. Rick knew he was no slouch at just over six foot, but this guy was even taller and wider than him, and those broad shoulders tapered into a slim waist and lean hips. His mouth watered and his eyes lingered for far longer than politeness dictated on the curve of the gorgeous man’s ass. It was the perfect peach and completely edible. Shaking his head slowly at his own romanticism, he took a deep breath and went into the kitchen to finish making the coffee he had started before the doorbell had rung the first time.

Rick didn’t hear the mailman come into the kitchen, until a firm chest was pressed against his back where he stood at the counter stirring his coffee. “What?” Rick choked out as he felt the man’s breath in warm puffs on the back of his neck. He froze as long fingers snaked down the curve of his ass, sending a shiver through him. “What are you doing?” he squeaked, his breath hitching in his throat.

“Anything you want me to.”

Rick gasped as the man’s scent surrounded him; a heady blend of spicy cologne and sweat. “I don’t…” He looked over his shoulder into soulful, hazel eyes and blushed wildly. His brain was at war with the sensations flowing through his body. He knew he should feel threatened and afraid, but he didn’t. He felt hot and strung out, his entire body trembling, but not with fear.

The man smiled into Rick’s uncertain eyes and lifted his hand to stroke a finger down his freckled cheek in a slow and gentle caress. “You’re beautiful,” he murmured, his finger tracing the length of Rick’s throat. “I wanted you from the moment you opened that door. I wanted to touch you, taste you,” he leaned closer. “And fuck you. All you have to do is say yes or no. The choice is yours.” He bent his head until his lips were against Rick’s ear. “So, Rick, what’s it going to be—yes, or no?”

The voice was low and deep against the shell of Rick’s ear and he knew the other man had felt his shudder when the flick of a hot wet tongue touched his flesh. His fingers gripped the counter top when he felt the man’s hand slip under the hem of his tee to trail a path across bare skin. “Oh God,” he moaned in response to the touch of those searching fingers when they found the flat disc of his nipple and teased it into hardness. Every flick of the blunt nails sent a jolt of pleasure straight to his cock. “Yes.”

23 thoughts on “Lisa Worrall Delivers A Little “U.S. Male” With A Giveaway”