“So, which is it? Birds of a feather, or opposites attract? I guess that’s the mystery of love.” ― Candice Snow 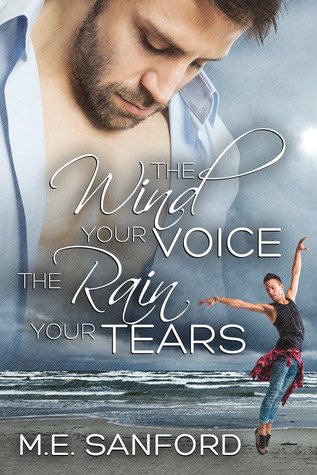 The Wind Your Voice, The Rain Your Tears (Golden Nettle Book 1)

Title: The Wind Your Voice, the Rain Your Tears (Golden Nettle #1)

Blurb: Small town mechanic Vinny Shields doesn’t have much going for him. He has a girlfriend that seems to chase every man that crosses her path. His father and mother are consistently unimpressed with his lifestyle. And his younger brother just dropped a bombshell that will change the dynamic of his family.

Vinny then meets the flamboyant gas station attendant, Tristan May, and learns more about what it means to love and be loved.

Review: At first I thought The Wind Your Voice, The Rain Your Tears seemed decent enough. I was intrigued by the blurb enough to try reading a new author. Taking a chance on a new author who is also a self-published author can be double pleasure or double trouble. In the case of M.E. Sanford, it was a mixed bag.

Vinny is sort of a redneck. He is a twenty-something mechanic who doesn’t seem to have much going for him; he comes across as not being all that bright. He loves his job but is fully aware he won’t ever be more than a mechanic. He has a girlfriend, Vicky, who is kind of a slut. Vinny’s brother Danny drops a bomb on the family that he’s gay, and everything changes. There aren’t changes so much as it is made clear that his parents, and to a certain degree Vinny himself, are homophobic bigots. It was so hard for me to read about Danny’s suffering and pain caused by his family.

Vinny isn’t all that likeable, but I don’t have to like an MC to want him to find love and have an HEA, and I thought there was promise for some interesting character development. Initially, the plot was a little depressing. Being inside Vinny’s head wasn’t a great experience, but I still thought it had some promise. It would have been nice to see some things from other characters’ POVs.

Vinny has a terrible and unprovoked reaction toward Tristan, an effeminate gas station attendant. The homophobic slur sets off kind of a transformation in Vinny. This is the part I like best in the GFY theme, the process: the questioning what the character has always believed to be true of himself, then starting to explore the building curiosity to get to where he finally figures out the truth about himself.

The way Vinny initially lashes out at Tristan is what Tristan has been through so much in his life; I can’t believe he has any hope left in him. But he appreciates the good things as long as he can, even while his experience has taught him they never last. Tristan is a character who stirs a lot of feelings in the reader. It is so easy to care about him. I would have liked to read his POV.
When Vinny comes out to his parents, his father has a heart attack and winds up in a coma for three months. Vinny’s family is more important to him than anything, including the love of his life. When his father comes out of the coma, during which he must have had an epiphany, he is completely okay with both of his sons’ homosexuality. Now he wants Vinny to go find his boyfriend. Tristan has disappeared after the loss of most of his family.

Suddenly Tristan shows up at Vinnie’s apartment. Now Tristan’s brother is in a coma. What happens next really defies description. There are families who change their long-held religious beliefs. Someone is held at gunpoint. Someone gets shot in the chest. An ultra-straight homophobic prick gets together with another guy. It comes out that a car involved in a life changing crash was tampered with. I really tried to enjoy this book. I had to roll my eyes so much, though. This plot would make even a career soap-opera writer cringe. There was so much going on that it was completely over the top.

I saw from the first page that this book would benefit immensely from some heavy editing. There were words missing, words used in wrong contexts, punctuation errors… I needn’t go on. The lack of quality editing was enough that it drew me out of the story. I found the writing to be sloppy and seemingly careless. I was disappointed. I think this might actually have been a good book; the subject matter, dealing with homophobia and the importance of love and acceptance was a good premise, and that’s why the three star rating instead of the lower one I initially thought to give it. It had potential, it contained serious themes which I can totally get behind, but it was just poorly executed. I hope M.E. Sanford doesn’t give up. This is a first book, and there is a lot of room for improvement, but I believe there is also a lot of talent.

You can buy The Wind Your Voice, the Rain Your Tears (Golden Nettle #1) here:

The Wind Your Voice, The Rain Your Tears (Golden Nettle Book 1)