“When there’s something or someone, when there’s anything that makes you happy, you don’t let a continent or an ocean or an empty pocket keep you apart.” —Dana Reinhard 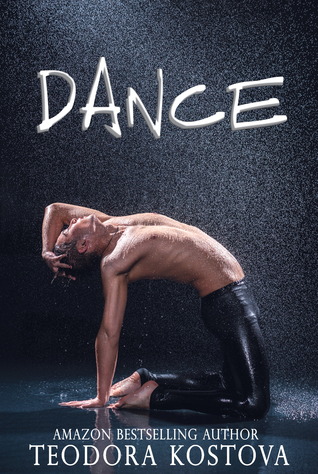 Blurb: Jared Hartley is happy. He has a starring role in a popular West End musical, great friends, adoring fans and his own flat in Central London. A relationship is not something he has ever really wanted. Making big plans for the future is not in his nature – Jared is content with his single status and enjoying all the benefits of that lifestyle.
He doesn’t even realise something is missing in his life.

Until he meets Fenix.

Fenix Bergman has a dream – to perform on Broadway. When he gets offered the lead role in Poison – a new musical based in London, he accepts, immediately recognising the huge potential of the show.

Fenix thinks he has his life completely figured out – he will move to London, help Poison become the new West End hit and bide his time until Broadway comes knocking on his door. He has never wished for anything else but proving to himself and the world that he is a performer worthy of the biggest theatre stage.

Until he meets Jared.

Jared and Fenix’s lives collide and they fill each other’s missing pieces. Neither of them expects to feel so much, so fast for the other.

Neither of them expects to need someone so badly when love hasn’t even been in their plans.

Will he survive getting everything he’s ever wanted?

Review: Fenix and Jared are both stage actor/singer/dancers. The triple threat. Jared is performing in a show at Queen Victoria Theater in West London, which he co-wrote with his best friend Adam. Fenix gets the lead role in another musical about a rock band, which will be sharing the theater with Jared’s show. He and Jared will also share a dressing room.

Fenix’s goal has always been to star in a Broadway show. His mother did it but was injured in a suspicious accident many years ago, which cut her career short and left her in a wheelchair. Fenix sees the show in West London as a stepping-stone to his ultimate goal. He plans to make Poison a success and make himself indispensible so that when the show is offered a spot on Broadway, he will go along with it. He makes it clear to everyone, including Jared that this is his plan.

Fenix doesn’t count on the immediate and undeniable need to be with Jared. Not just sexually. But every minute of every day. They fall very quickly into a serious relationship, both seeming to forget that this is only a stopover on Fenix’s ride to the top. The first months of their relationship happen very quickly but takes up a large portion of the book. There is so much sex, it is almost too much. Instead of developing a relationship through spending time together doing things for fun, talking, learning each other’s likes and dislikes, Fenix and Jared have sex. Sometimes they talk, too. Mostly just the sex, though. The first half of the book is made up of approximately the first eight months of their relationship.

When it looks like Fenix’s dreams are coming true, their idyllic world seems to fall apart around them. It’s unclear if either of them will survive without the other. They both take different paths to deal with their loneliness and sorrow, but they are both terribly bereft and sad. They have no contact for two years. This doesn’t really make sense to me. If they loved each other, I would have expected them to have most likely at least spoken or e-mailed to keep up with each other’s careers, if nothing else.

It is now about two-thirds of the way through the book. The pacing felt off to me. The first half covered eight months, then a small portion contained events of over two years, which were skimmed over by the author and given very little detail.

The initial insta-love caused a little eye rolling, as did the ease with which they parted ways when Broadway came calling. They were so miserable without each other that it seemed implausible to me that one of them wouldn’t have reached out to the other. Then, when Fenix had reached his goal, he realized it wasn’t enough. The ease with which he undid the previous two years was again, implausible. By this time, I wanted Jared and Fenix back together so badly I would have believed almost anything to see it happen!

I loved the characters and really wanted them to have everything they wanted. The supporting cast was engaging, too. Ms. Kostova described the dancing and scenes from both plays very well; I could practically smell the sweat.

I really did enjoy this book. I admittedly skimmed over a large portion of the sex just because there was so, so much of it. I loved the last third of the book, even if, again, things happened too fast to feel real. By that point in time, it was what I expected from Jared and Fenix. The end and epilogue were deeply satisfying, but left Jared’s best friend Adam hanging there, ripe for his sequel… I look forward to it.