“None of us knows what might happen even the next minute, yet still we go forward. Because we trust. Because we have Faith.” – Paul Coelho 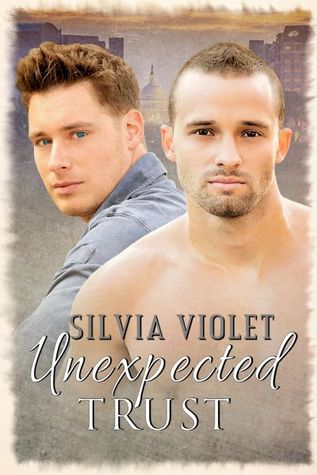 Blurb: Special Agent Hugh Cranford, better known as Sport, is conducting an off-the-record investigation. He’s after Danny O’Sullivan, a spy rumored to have assisted in the ambush of Sport’s former SEAL team.

Danny claims he and Sport are on the same side, and the real traitor is the man Sport is working for. But Danny is a master manipulator. He’s also the most seductive man Sport has ever met. Sport can’t help being attracted to him, but that doesn’t mean he’s willing to trust him.

In his quest to bring down a few highly-placed traitors in the US government, Danny O’Sullivan has been keeping tabs on Sport. When Sport comes looking for him, Danny decides to bring Sport in on his secret mission and into his bed. Sport may not trust Danny, but he wants him. As the two men risk their lives to complete Danny’s mission, they discover neither is as strong as they like to pretend.

Review: First let me tell you that Unexpected Trust is not a standalone. It really builds on the shorter novella and the first book in the series, Unexpected Rescue. Not only is there a crossover of both main characters from that first book, but the mysterious cartel and their ties to the U.S. government are integral to this second book and comprise most of the action. So, for those who loved Jackson and Addy, be happy as they make another appearance in this installment. However, this story really belongs to Sport and a newfound nemesis, one Danny O’Sullivan. Or, is he actually an ally?

Hot on the heels of rescuing Jackson and Addy from the hands of the mastermind behind the hellish jungle “Incident” where the SEALS lost their medic and Jackson sustained life altering injuries, Sport is back in DC awaiting his next assignment with the FBI. When he is detailed over to Mike Arthurs, Assistant Director of Counterterrorism, he is handed a rather shady and incomplete file on one Danny O’Sullivan. Sport is told little more than the idea that Danny is a rogue spy potentially in cahoots with the very cartel that destroyed the Navy SEAL team and nearly killed his best friend, Jackson. But something about Arthurs, the assignment, and Danny himself just does not add up! Things are just wrong, or so his gut tells him. Shortly after arriving and meeting up, Sport is set upon by three assailants, and it’s Danny who saves him. The two are now in hiding and have a wary and unsettling trust in one another. But these are men who keep up a strong front and rarely let anyone in—particularly someone who can see the real them, with all their weaknesses and needs. So why is this thing between them so heated? So intense? Could Sport be falling for someone for the very first time? And who is Danny, really? Is there a vulnerable man Sport can trust beneath the secretive Irish demeanor Danny always portrays?

Fans of the first story in the Unexpected series will not be disappointed by this latest offering, Unexpected Trust. Once again, author Silvia Violet manages to create no-nonsense, professional men who have soft and, yes, wounded, hearts. Danny is one tough character, and I must admit that after meeting someone like Addy, Sport is a complete 360 from “that guy” who someone could easily fall in love with and want to keep around. But, while haunted by the jungle incident, he is not Jackson, and someone like an Addy would not be enough for this hardened former SEAL.

And there is the magic of this series. For those who love the idea of a tender heart wrapped up in rough and tumble exteriors—bad boys who like to give punishment as well as need to be punished—then look no further for this novel has it in spades. Along with the breathtaking and ever building action, the mysterious sources that funded the decimation in that jungle are still at large by novel’s end. Yes, some of the players have been taken out, but this scandal runs deep and has even deeper pockets, and so we know justice has yet to be served. Alongside the taut, driven plot is a burgeoning love story that defies any norm. Danny and Sport are wounded, aggressive men who take both their jobs and the lives they strive to protect seriously. The real question is can they let down their guard long enough to let love creep in?

Unexpected Trust by Silvia Violet is an exciting, sensuous novel and an excellent addition to this expanding series.