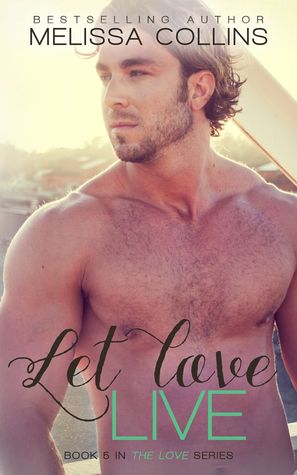 Blurb: Who would you become if you lost the only person who ever mattered?

For twenty-six year old Dylan Hopkins, the answer is easy. He’s become no one. Memories of the happier times are all he has left as he finds himself meandering numbly through his now dull life. Though he cares about his work and family dearly, he’s yet to let himself find love again. Afraid of letting go of what he once had, Dylan chooses to keep his heart buried, where it belongs, having died a long time ago.

Conner Michelson is about to change everything Dylan knows. He’s every bit the bad boy persona – tatted up, ex-MMA fighter, but after an injury leaves him unable to fight, he has to rethink his goals. Having just opened his own gym, Conner can cross his first major life accomplishment off his very short list. Next up: find a man he can settle down with and build a family. Seems simple enough – a dream most people have, but when he meets Dylan, his carefree, easy-going life is thrown into a tailspin.

Determined to keep Dylan in his life, Conner vows to resurrect Dylan’s long ago buried heart and let love live once more.

Review: Dylan Hopkins is a man lost to his memories and the what ifs and what might have beens from his past. He’s going through the motions of life, but he’s not allowing himself to really live. As a counselor at an LGBT center, Dylan is committed to helping young teens and adults dealing with the bullying, harassment, and hate that an LGBT youth might suffer. In his own words, “Even though kids are bullied every day, and there’s no way to eradicate all of the ugly meanness in the world, I know when I counsel a kid who’s struggling, I am doing something good in the world.”

Shane Connely is Dylan’s best friend. We first meet the boys when they’re 16, almost 17. Both are baseball stars heading into their senior year of high school, with plans to head to college, hopefully on sports scholarships. While they look like they’ve got the world in their hands, Shane’s life at home is anything but perfect. His father is a violent, abusive man who takes pleasure in physically and verbally abusing his wife, and both Shane and his younger brother Reid. Shane also is hiding from everyone, including Dylan, that he’s gay. While at baseball camp over the summer, Shane reads Dylan’s journal, discovering he is also gay. Shane abruptly cuts off contact with Dylan and for the next 10 months, neither boy speaks to the other. The night their team wins a chance to play in the playoffs, things between them come to a head, with a simple slide of Dylan’s thumb over Shane’s wrist.

Their long time friendship evolves into being lovers; however, that doesn’t mean that their lives have become easy. Shane is dealing with having let his grades slide, Dylan is worried that Shane isn’t as invested in them as he is, and they’re keeping their relationship hidden. Dylan heads off to college in the fall, leaving Shane behind. This puts further stress on their relationship, more so on Shane. He feels left behind, and he’s also let a lot of what his abusive father says get to him. This leaves Shane in a very precarious balance of fighting with his own demons and depression. Dylan also is struggling because he wants more but feels Shane is not willing to stand up to his dad and move forward. When it all comes to a boiling point, things are said between them that cause irreparable damage, heartbreak, and life altering consequences.

When next we see Dylan almost eight years have passed, and he is going through those motions of life. He works and he hangs out with his brother Reid, Maddie, Reid’s wife, and their little boy Braden. He rarely dates and if he does, it doesn’t last. Reid is worried about him, enough to suggest that Dylan finally talk to someone about Shane. Dylan takes the information but doesn’t agree or disagree with Reid.

Later that day, we meet Conner Michelson, an ex-MMA fighter, now gym owner, in their small town. The first time he sees Dylan, he thinks Dylan is in a relationship with Reid and that Braden is their little boy. Conner’s inner monologue about Dylan, on their second meeting, will have you laughing out loud. The tension between Dylan and Conner is pretty hot. Okay, more like smoking hot. However, both are stubborn until Conner asks Dylan out to dinner. Dylan finally gives in to Reid’s suggestion and starts seeing someone about Shane. She starts helping him work through to see what he wants to happen with his life and his future.

Watching the relationship as it develops between Dylan and Conner is beautiful. Knowing what Dylan struggled with daily and then overcoming his fears and regrets over Shane to build that foundation with Conner. It shows just how resilient the heart can be and how strongly Dylan feels for Conner to work through it all. Their Forever is a very fulfilling part of their journey and will leave you with happy tears at the end of the story.

Let Love Live is a beautifully written, very emotional book for this author’s first M/M story. She was able to get all the nuances and honest emotions of the characters just right. How what happens in the story shapes who Dylan is, how Conner has realized he wants more from life after his accident, and even dealing with Shane’s depression, self doubt and the final consequences of his actions. All of these pieces intertwined into one very well crafted story. I have to admit that Dylan has quickly become one of my favorite characters after reading this book.

This is the fifth book in Melissa Collins’s Love series; however, it can be read as a standalone without losing any storyline. The story is divided into three parts Before, After, and Forever. I will give the readers a warning that you’ll definitely need a box of tissues when reading this book. Now, don’t let you scare that off reading Let Love Live because it’s an absolutely beautiful love story with a HEA. I look forward to many more stories from Melissa Collins in this genre in the future.