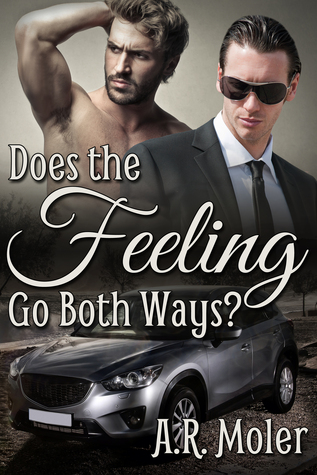 Title: Does the Feeling Go Both Ways?

Blurb: Deep cover DEA agent Landon Cross can’t seem to escape his past. First, his cover is blown by a guy he’d busted in another operation. Then, his rescuer is medic Trey Jernigan, his best childhood friend, first love, and a person Landon betrayed as teenager.

Now Landon’s life is a mess and so is he, physically and emotionally. Incredibly, Trey forgives Landon and allows his former friend back into his life in all kinds of ways Landon would never have thought possible.

But a crucial decision Landon made while undercover comes back to haunt him. Trey also has to deal with very tangible pieces of his own past. Will Trey and Landon be able to solve their problems and build a life together?

Review: Is there anything hotter than an undercover DEA agent? Yes, I do believe there is: a DEA agent who falls for a SWAT team member. When we first meet DEA agent Landon Cross, his cover is actively being blown all to hell. This obviously doesn’t go over well with the leader of the drug cartel he is investigating, and he ends up in some serious trouble.

One thing the cartel hadn’t counted on was that Landon Cross always had a backup plan. When the DEA is notified of Landon’s cover being blown, they call in some members of the local SWAT team to help with his extraction. It turns out that a man from Landon’s past is tapped to help rescue him. This shouldn’t be awkward at all.

Trey Jernigan lost everything years ago due to Landon’s actions, and a years-long friendship was brought to an end with Landon’s betrayal. So, imagine Trey’s reaction when he finds out the man he is set to rescue is the man who cost him his entire life.

Once Landon is rescued, he and Trey begin to rebuild their lost friendship, and so much more. They seem to just fit together perfectly, and things are going along very well right up until a member of Trey’s family shows up with a lot of extra baggage that throws them for a loop.

The two men believe they have gotten everything sorted and are back on track when another wrench is thrown into the works in the form of a person Landon helped out while he was undercover. This time, this situation, may just be too much for Trey to handle.

Between shootings and beatings, these two MCs spend A LOT of time in the hospital. They both seem to be recuperating for most of the book, but that is just fine with me. I loved the amount of action in this book and the fact that these guys communicated pretty well for most of the story. I wasn’t super happy with the ending, but it was still very enjoyable.

AR Moler has once again pushed the characters in this book to the very end of their ropes, and I loved watching it unfold. With these two big Alpha-males both trying to run things, tempers flared but the making up is always fun to do. Both men bring a little extra to the relationship, and I would love to tell you but that would be a spoiler. If you are looking for a hot as sin pair of law enforcement officers who can’t keep their hands off one another, I would highly recommend this title.

You can buy Does the Feeling Go Both Ways? here: