TNA: Hi, Scott, thanks so much for joining us here at The Novel Approach today. We’re happy to have you with us. Why don’t we start by having you tell us a little bit about yourself?

Scott: I hail from St. Louis, but after two decades in Manhattan I consider myself a New Yorker. I received my MFA from the (amazing!) New School in 2009, which is what led me to writing novels. Prior I had written some screenplays and worked as a journalist. In Grad School, I fell in love again with prose, and became a die hard fan of William Faulkner and Cormac McCarthy (my two idols).

TNA: When you sat down to write what eventually would become your first novel, did you write with the intention of submitting it to a publisher, or was it a less deliberate process for you? If you could go back to the time period during which you wrote it, what advice would you give yourself, in hindsight?

Scott: While one aim in writing is to share (and publish) my work, I am led completely by my subconscious, not by an external goal. Once ideas start flowing, I run with it. In my latest novel in progress, Skyscraper, I envisioned an act of violence in a room filled with monarch butterflies. I did go with that, though I made sure it was a possible thing, not probable, but possible, so I did not lose the reader.

I do not hold back based on any fear of what someone may or may not like.

My first novel published was Diary of a Sex Addict, but the first novel I wrote was my grad school thesis, Bergdorf Boys. It was my first time tackling the form of the novel, which can be at times overwhelming. Actually just completing that first novel, writing in that form, was a breaking-in process for me. I was mostly determined to complete the work, but within that process I did learn to write more freely, and with more abandon and emotion. The first time I got choked up writing a scene, my professor Darcey Steinke at the New School told me that was the goal, and I understood that a fuller involvement with the story is key.

TNA: Of all the characters you’ve created thus far, which would you say most closely resembles you in personality, and why? Do you feel those similarities were written intentionally, or was it more subliminal?

Scott: The character of Adlai in my new novel The Butcher’s Sons (coming out April 2015 from Lethe Press) is the closest character to my true self. The novel, set in a butcher shop in Hell’s Kitchen, NY circa 1930, was loosely inspired by my relationship with my two older brothers. The story line is all fiction, but the way three young men relate was the starting point. Adlai is 15 when the story begins, a frail young man, who eventually has an illicit affair with his violent older brother’s best friend (and thug) Big Ed. Most people believe the hero of my first published novel Diary of a Sex Addict is me, but that’s not the case. In that book I use the city, my surrounding and things I have witnessed in New York, but the soul of the character is unique and in the end, sad.

I would say all of my writing is fed by my subconscious. I write in a bit of a dream state I guess. The muse talks, and I listen. It is sometimes much later that I see more clearly the origin of the concept and how it came to life in a story. Though initial inspirations (a run-down auto repair shop, a relationship I had) can spur concepts to move me in a particular direction. 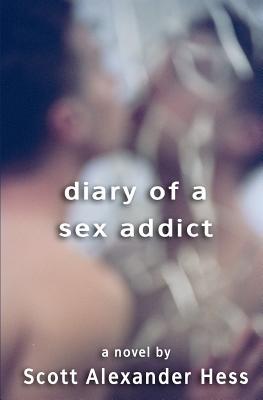 Diary of a Sex Addict

TNA: If you could bring one of your characters to life, with whom would you most want to spend time? Why is that character someone you’d choose to befriend?

Scott: That would be the character of Dickie, the oldest (18 year old) of the three brothers in my new novel The Butcher’s Sons. The rough inspiration for Dickie is my older brother who is ten years my senior. We did not grow up together and I was always intrigued by wild stories I heard about him in his youth. He and I are quite opposite as men, but are bound by blood. In the novel Dickie is guided by an almost animal desire to get what he wants, and he is a fighter, a violent man who is fearless in his pursuits. He is also straight and has an affair with a black woman which was not usual in 1930. That character is the most unlike me I suppose, all that masculine rage, so I would like to sit down and learn more about its source.

TNA: Tell us, if you will, a little bit about your book Diary of a Sex Addict. Was it difficult to put yourself in the proper frame of mind to write a piece that’s described as “dark and explosively carnal”?

Scott: It was not difficult, actually really freeing. I had been reading Brett Easton Ellis (American Psycho) and Mary Gaitskill (Bad Behavior) both which can be transgressive and shocking, but also very literary. I set myself a goal of writing a piece about the concept of sex addiction, letting myself go as far as I possibly could with the sexual themes, while keeping a literary goal. It was like uncorking the darkest, craziest thoughts in my brain and it was a wild ride. I wrote it in less than a year, with the help of my amazing writing group The Ponies (we all met in Grad School and still meet today!) Also, as I finished the novel, I went to a reading Mary Gaitskill was giving and bought one of her books. I asked her to sign it “Best of luck with Diary of a Sex Addict”. I had not yet found a publisher, but felt getting her to write that helped propel me.

TNA: If you could describe the narrator of the book in a paragraph, what would you want us to know about him? Do you think he’s a misunderstood character, or is he exactly who you’ve portrayed him to be?

Scott: The challenge with that hero in Diary of a Sex Addict is that he is not likeable, at least at first. He is selfish, sex obsessed, vain. I read an interview that said an unsympathetic character, to capture a reader, has to be so wicked we want to follow him, or the prose needs to be so gorgeous the reader will go for the ride. I set both of those as goals. I do think, ultimately, the book is about the hero’s falling apart, and ultimately putting himself back together, accepting himself flaws and all. There is no grand conclusion or wrap up at the end. It’s a very raw, human story. 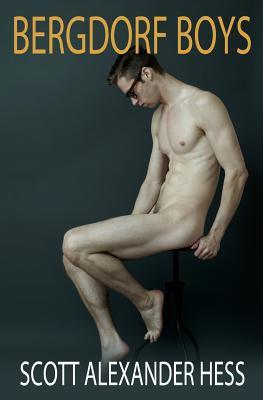 TNA: Your romantic leads in your novel Bergdorf Boys, Neal and Dewalt, are from vastly opposite ends of the social spectrum. What attracted you to the idea of coupling such different men and then seeing if you could make them believable?

Scott: Well, conflict always serves a story and I wanted to choose a couple that were as different as possible. It just lends itself to natural conflict and drama.

TNA: Do you think a couple who are as different as Neal and Dewalt lend themselves to a richer, more interesting story? What makes them more interesting to you, as opposed to writing about two men from similar backgrounds?

Scott: It allowed me to explore two very different backgrounds indeed, which gave me the opportunity to let the characters’ inner worlds crash and collide as much as possible.

TNA: Thank you again for being here with us today, Scott. Would you share all the places readers can find you on the internet?

DIARY OF A SEX ADDICT from Scott Alexander Hess on Vimeo.