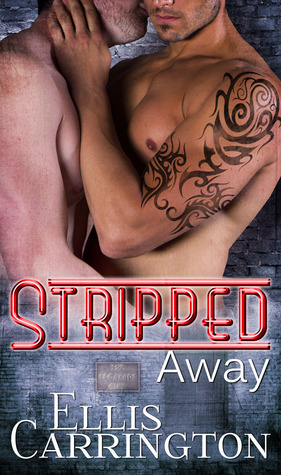 Blurb: HE DOESN’T RECOGNIZE HIMSELF

David Moorehouse has spent his life hiding behind masks. Nice guy. Best friend. Reverend’s kid. After finding his father dead on the floor, he’s been stripped of his job at the family church and his identity as the quiet, nice guy. The life he knew is over, and he doesn’t know what to do next.

HE KNOWS ANGER BETTER THAN ANYONE

Ricky Slade is itching for a fight. By the time he meets David, he’s struggling to save his business, his best friend, his drug-addict brother, and his own sanity. He’s got no patience for his business partner’s judgmental sibling showing up and getting in his face.

Their furious heat turns into a fiery inferno, but Ricky’s fresh off a bad breakup, and David is getting guilt-tripped by his family and his ex. Every time they fight, they fall into bed, but will that be enough when things around them come apart?

Be advised, this book contains: two small town, blue-collar men with big egos and bigger trucks, more emotional baggage than they can carry, and highly-charged man on man action.

Review: Life has not been kind to David Moorehouse. Raised by a part time father whose church, money and second family all came first, David is a bit of an emotional basket case. Torn between his “duty” to be an upstanding pillar in a now shattered faith community, and the need to be who he really is and embrace his sexuality, David is thrust into picking up the pieces of his father’s destructive legacy and take care of his ailing mother. So when his recently discovered gay half-brother walks into their father’s funeral with a gun toting, smartass friend, Ricky, David feels his world begin to crumble.

When a phone call to his only friend, Olivia, morphs into a rescue mission, David turns to his half-brother for help. Now holed up in a strip club hotel and fighting his growing attraction to Ricky, David is faced with a life that threatens to spiral out of control and take the only man he has ever loved with it.

While Stripped Away is book two in Ellis Carrington’s Stripped series, it could, if necessary, be read as a standalone. I, however, recommend reading the first in the series, Stripped Clean to really get a feel for these characters and particularly David’s father. Poor David. What a conflicted man! Always having sought approval from a dad who lead a secret life and preached relentlessly on the evils of David’s own sexuality, David now stands teetering on the edge of an abyss of his own making. He alternately hates the fact that he is gay and desperately wants to be with a man—find happiness in his arms. When the brusque, fractured Ricky graces the scene, we realize that this guy is barely hiding his own vulnerability and fears. These two are like fire and ice, and their attraction is explosive. When you throw in a cast of secondary characters, from an ailing mother to a possessive ex lover, you get a story that is rich in angst, rife with action and overall, a real joy to read.

The strength of this series, and in particular, this novel, is that Ellis Carrington writes intricately woven passages that reveal the inner turmoil each of her characters is living. Yet, she does so in a way in which they react to each other and their circumstances, making every chapter a subtle revelation of how each person’s mind is working. Despite what appeared to be his overactive paranoia, I really enjoyed getting to know David and watching his story unfold. He had amazing inner strength reserves that he drew on again and again. Ricky turned out to be a really tender-hearted guy once you got past the relentless sarcasm and biting wit. All in all, this couple became such a dynamic duo that it made the story flow along beautifully and kept the pace moving.

Stripped Away is a worthy sequel to Ellis Carrington’s original work, and fans of the first novel will find this one does not disappoint. Perhaps the only negative for me was the decided lack of appearance of Carlos, Greg’s boyfriend. I felt it strange that when Greg had his accident, Carlos was nowhere to be found, and written off as busy with school and such. However, this was minor in an overall good novel that kept me involved to the end.

You can buy Stripped Away (Stripped Clean #2) here: