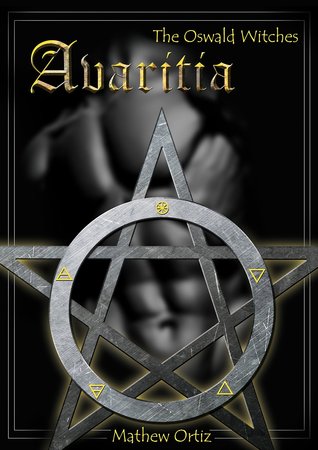 Blurb: Welcome all to Maquintock Bay. A sleepy little town a few hours north of Boston on a picturesque stretch of New England coast. The town’s folk live a quiet life away from the hustle and bustle and enjoy the simpler life, even if just north of them dwell the infamous Oswald family. The Oswald Estate is only minutes north of the town but most people avoid it. The town’s history tells of witches and supernatural events at the stately mansion. Is there truth to the rumors? Witches aren’t real, are they?

Prodigal son William Oswald Blackthorne has come home to take his place as head of Oswald House and his family. He sets about renovating and repairing his family home since it had fallen into disrepair. All seemed to be going well until he butted heads with his obstinate siblings, an overbearing aunt and the opinionated staff. Just when he thought everything was hitting its stride, Rushford Harrington ,the head of the construction company, refuses to send his men to the house. Who the hell does the man think he is? No one tells an Oswald ‘no’!

Rush Harrington has his hands full. His workers are frightened. The gossip about Oswald House has made it near impossible to find workers to do the renovations his company promised. Now the Oswald family members are making his life crazy with abrupt changes to the renovation plans. When he attempted to talk to William Oswald Blackthorne, the man refused to speak to him. So Rush pulled his teams. Next thing Rush knows, a handsome and irate blond man barges into his office and into his life; Rush realizes that nothing is ever going to be the same!

Review: I grew up watching classic TV shows like Bewitched, Dark Shadows and my all time favorite, The Ghost and Mrs. Muir. I loved them because they were funny, saucy, and there was always a little undercurrent of danger. Matthew Ortiz’s Avaritia evokes the spirit of fun in these shows, and the book took me back to my childhood. Plus, with two hot guys as the leads, it was just pure fun to read. And yes, I am a huge fan of Mr. Ortiz’s and read his books as soon as they come out.

Like any good story, there must be a good foundation, and this one has it. I’m not sure how to review it without giving away spoilers, but I’ll try. And I’m probably going to leave a lot of stuff out, but this way you’ll have more fun when you read it!

It all starts with a witch hunt and a curse. The Oswald family is a family of very powerful witches who are revered in both the supernatural and human world. Their history goes back to antiquity. In the 1600s, during the New England witch trials, three Oswald brothers were murdered, but before their deaths, they cursed the town and their killer’s descendents. Fast forward to the present, the brothers are reincarnated as their modern day ancestors. But, there is a twist: the eldest brother, William, falls in love with Rush Harrington. He’s not only an ancestor of one of the killers but is also part of the family that was cursed. And not only that but every time Rush gets near William, William’s witch senses kick into overdrive. This can only mean one thing, they are bond mates. Oops!

Both men are hot and hotheaded. They are strong men who are always in control and get what they want, but when they get together, control goes out the window and that’s why they are perfect together. They push each other’s buttons in all the right ways. Yes, I’m leaving out a bunch of stuff, but you’ll have to read the book to get everything else. There’s just too much material in this rich story to put into a review.

A quick mention to the supporting characters, too. There are too many to write about, but as with all of Mr. Ortiz’s characters, they complement the story and bring a whole different dimension to it. As for the Oswald family itself, and the 4 siblings (one is a girl), I just can’t wait to read about them. Particularly Duncan because it seems he’s got a kink going on! Wish they where my siblings and we could turn people into frogs together! LOL

One of the plot lines is the curse and its dissolution, and another other one is that someone or something sinister is trying to hurt the Oswalds. A force who wants their power, as well as the ultimate destruction of the Oswalds. Both are resolved and our heroes live happily ever after. Or so we’re told until the next book. Can’t wait for it!

I love Mr. Ortiz’s writing style. Even though Avaritia is written in the third person, I felt like I was reading William’s and Rush’s inner monologues. Their dialogue and interactions were spot on, and the back and forth between the two made me laugh out loud. The dirty talk was fun too.

I loved Avaritia and was entertained throughout. I know my review is not doing it justice, but it’s a story that needs to be read. It will make you laugh and tug at your heart. A great ball of energy that will make your witch’s senses tingle!

You can buy Avaritia: The Oswald Witches here:

One thought on “Review: Avaritia: The Oswald Witches by Mathew Ortiz”