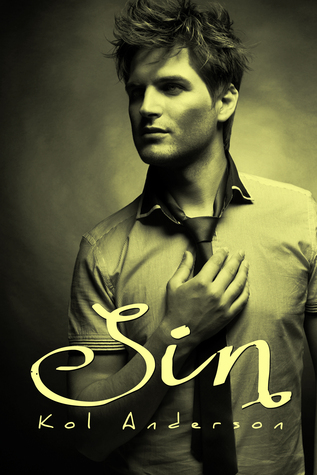 Available for Pre-Order at: Amazon

Blurb: Samuel “Sin” Taylor doesn’t know the difference between sex and intimacy, but maybe that’s not his fault. He grew up in a world where it was easier to get physical pleasure than to find love. But as a prostitute working the streets, Sin thinks he’s finally found his true calling. After all sex is the one thing he’s good at, right? But when Isaac enters his life through mere coincidence, Sin finds it a relief to be someone other than Sin.

How long can he keep up the charade?

Excerpt: He must have been around thirty. The kind of guy who knows he’s good looking and a total hotshot; whose net worth exudes from the clothes he wears and the way he smells. The fact that he was looking at me, trying to get my attention was a plus.

Not like I had anywhere to go but the dingy apartment I shared with my junkie friend, so I said yes. We sat in one of the booths and his eyes never left my face. It was a little unnerving but it also felt like an unspoken compliment.

“I figured,” he said. “I come here often and I’ve never seen you before. I know I would have remembered you.”

“It was a compliment.”

“No, I… I get that. Sorry, I get a little nervous around strangers.”

“Well you did well on the dance floor, considering.”

“Yeah, I was in the moment, you know?” I didn’t tell him I had a side helping of benzoylmethylecgonine to make the performance possible.

“Aiden.” Now I had something to remember him by.

“It’s no Sin I suppose, but it works,” he said, and I smiled, letting him know I understood the joke. “Would you like to go back to my place, Sin?”

I sipped on the drink in my hand, using the time to think, but I had already made my decision. I know you’re going to judge me for it, but if you saw him, you’d want to hook up with him the first night too.

28 thoughts on “Excerpt and Giveaway: Sin by Kol Anderson”