Blurb: On the search for a serial killer, Detective Anthony Parglietto and Flynn Parker learn that every man must make a choice: to kill, to live, to love.

FROM DARKNESS AND LIGHT

The Novel Approach is pleased to be a stop on Susan Mac Nicol’s Love and Punishment Blog Tour. Be sure to check out the excerpt and book trailer below, and, in case you missed it, here’s a link to Tina’s review of the book. 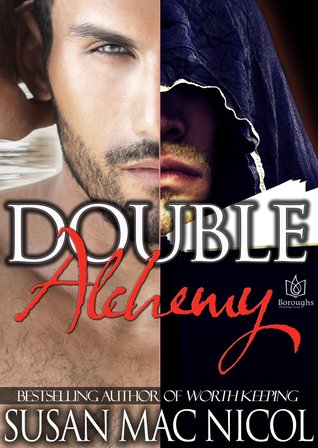 Double Alchemy: Powerful yet tormented modern warlock Quinn Fairmont must initiate the silver-eyed Cade Mairston into the world of witchfinders, Withinners, and what can happen when two men fall truly, madly, deeply in love.

In modern London there lurks a warlock, Quinn Fairmont. Dangerous, powerful, tortured, sharing his body with the soul of an ancient Welsh sorcerer, Quinn is never alone—and never wholly himself. He fights against all those who would exploit his kind. He takes pleasure where he can find it.

In the forest of Hampstead Heath, Quinn’s hometown, Cade Mairston appears to him like a waking dream. Lithe, lean and silver-eyed, he evokes feelings in Quinn unlike any other: lust with true affection, immediate and shocking. Cade is clearly more than he seems. And yet, if a man of the world, Cade is innocent. He knows nothing of warlocks, witchfinders or Withinners. He knows nothing of what he is, what he might be, or what he might feel. For him, the story is just beginning. Magyck, peril and passion await. 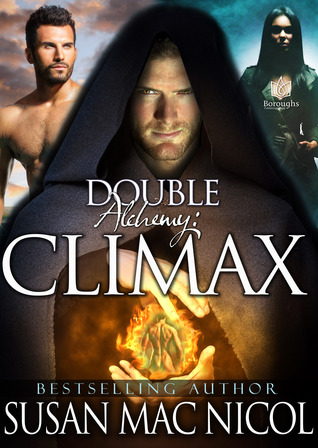 Double Alchemy: Climax: Powerful modern warlock Quinn Fairmont found ecstasy with the silver-eyed and not-quite-human Cade Mairston, but to know true happiness the pair must best both the shadow of a long-ago lover and an ancient enemy who seeks to destroy love, light and all they hold dear.

Excerpt: Love and Punishment Anthony walked down the hall. He reached the bedroom and gently pushed the door open. He saw Flynn framed in the light of the lamp shining from the lounge. He lay, apparently asleep, on the leather and wood divan Anthony had brought over from Italy. Its dark burgundy colour contrasted with what Flynn wore, which was nothing but a black thong lying stark against his pale skin. The divan was under the window. The bed covers were rumpled, as if Flynn had been sleeping. His robe was draped across the foot of the bed. Anthony moved towards the gleaming body of his supine lover.

Flynn’s face was turned away towards the back of the sofa. His dark hair was tousled and his arms stretched above his head to the right. He wore a blindfold. Anthony felt a stir in his groin seeing those lean, hairy legs stretched out wantonly, inviting him to run his hands up and over his groin. Even appearing asleep, Flynn had the power to excite him, to make Anthony hard and ready. He stepped towards him, watching the rise and fall of Flynn’s chest with their already hardened nubs. Anthony wanted to run his tongue over that chest, with its smattering of fine hair, to take Flynn’s nipples in his mouth and suck them until Flynn groaned in pleasure. As he got closer in the dim light he saw the hands with their bonds of silk. Green bonds lay dark against Flynn’s wrists, fastened to the wooden struts of the upright chair arm. His hands were tight fists. Anthony chuckled softly, a noise that sounded loud in the stillness of the room.

“Been waiting long?’ he whispered as he took off his jacket. ‘I tried to get home as soon as I could.”
Anthony knew the bonds would be loose so Flynn could break free if needed but he also knew he wouldn’t. It was the way the game was played.

One thought on “Excerpt and Giveaway: Love and Punishment by Susan Mac Nicol”