First of all, there is the wisdom that comes with being in your mid-forties. I still enjoy reading about characters making stupid decisions and reflect upon my own youth. When I read Love You Forever by Amelia Bishop, I totally identified with the two characters and some of the jealous and vindictive things they do to each other. They have some additional stress with that curse.

There’s also wisdom that I can still learn through reading about younger characters. I wished I had JT’s patience in Unbreak My Heart by K-lee Klein. JT holds out, but will it be enough to get Brett’s attention? You’ll have to read that book to find out that happily ever after.

Then, there’s Always by Kindle Alexander. What I loved about that book is that the characters met in their thirties, about ten years younger than my partner and I. The novel follows their lives together into their old age. Once again, their hopes and dreams match my husband’s and mine as we embark on our seventh year of wedded bliss.

Books can be our own fountain of youth! I love reliving some of my younger years through the gay romance characters I read about every day.

What are you reading right now? I’d love to know!

Since it’s been a while since I’ve been on The Novel Approach, let’s do a giveaway! How about your choice of A Place to Call Their Own or Disappear with Me, in any format you need? 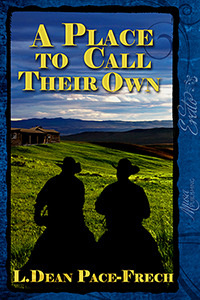 Blurb: A Place to Call Their Own

Is it possible for two Civil War veterans to find their place in the world on the Kansas Prairie?

When the War Between the States ended in 1865 many Americans emerged from the turmoil energized by their possibilities for the future. Frank Greerson and Gregory Young were no different. After battling southern rebels and preserving the Union, the two men set out to battle the Kansas Prairie and build a life together. Frank yearned for his own farm, away from his family—even at the risk of alienating them. Gregory, an only child, returned home to claim his inheritance to help finance their adventure out west.

Between the difficult work of establishing a farm on the unforgiving Kansas prairie, and the additional obstacles provided by the weather, Native Americans and wild animals, will their love and loyalty be enough to sustain them through the hardships? 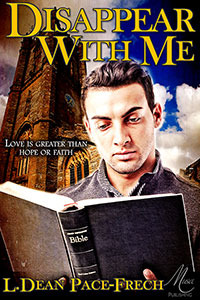 Blurb: Disappear With Me

Love is greater than hope or faith, but can Reverend Leander Norris convince a jury that the love he shares with another man is natural?

In 1910, the United Kingdom was in turmoil. King Edward died after only nine years on the throne. The social class system that upheld British society for centuries was being chipped away by social, political, and economic unrest across the Commonwealth. Amidst this backdrop, Reverend Leander Norris is accused of sodomy. After discovering his own self-worth and unconditional love, Leander finds the courage to stand up for what he believes is right and pleads not guilty to the charges. Throughout the trial, Leander’s past is revealed, including the temptations that bring the accusations against him. By the end of the trail, Leander is once again reunited with a romantic interest from the past by the end of the trial; it may be too late to rekindle any love that might remain, given the circumstances of the era and Reverend Leander’s likely sentence.

You can find out more about Dean on the world wide web at: Blog | Twitter | Facebook | Linked in

32 thoughts on “Guest Post and Giveaway – Tapping Into Our Soul’s Expression by L. Dean Pace-Frech”