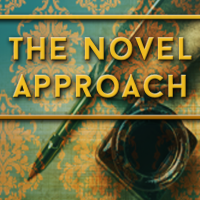 The Novel Approach is thrilled to welcome Poppy Dennison to the blog today, one half of the dynamic writing duo of Poppy and Rhys Ford, and their newest release Creature Feature 2.

Poppy’s sizzling and sexy Rise of Revenants and Rhys’s creatively inspired Legacy of Blood and Death are stories chock full of everything great Urban Fantasy should be—magical, fantastical, humorous, a touch horrifying, and, of course, there’s a little bit of romance to let your imagination go wild.

Between vampyres, werewolves, a sticky-fingered dark fairy with a temper and a sweet tooth, a couple of mages, a stray troll, and the hunters working to keep the city of Detroit safe, these two stories have been crafted to flow seamlessly together to bring the paranormal to a dark and depressing contemporary city.

If you love your books brimming with action, suspense, atmosphere, a little sex and more than a little illusion, have a look at Creature Feature 2 and get your fantasy fix on all at the same time.

One of the most exciting aspects of writing Creature Feature 2 (other than working with Rhys Ford, which was awesome with a side of sauce) was sitting down with Rhys and figuring out where to set our pair of novellas. We were both drawn to the idea of a post-apocalyptic setting, but agreed that we wanted it to be a contemporary setting. We also knew we needed a place with enough history to support our idea of vampyres being locked away for decades, not found until one disastrous construction crew shows up to do a restoration.

There are a ton of cities that would have worked for this, but Rhys and I quickly settled on Detroit. I had no idea of some of the city’s history, but loved reading about its role during Prohibition. We all know about the speakeasies in Chicago, but did you know that Detroit had a very active alcohol smuggling operation as well?

Even more intriguing is the city’s current problems. Detroit is a city in crisis. This paired really well with our desire for an intense hunting ground for our vampyres. Rhys and I each settled on different areas of town to send our hunters. My hunter, Taz, went to the nearly abandoned neighborhoods. Using Google Maps, I was not only able to find exact places to use as settings in the book, but I could trace Taz’s steps through the city blocks as he carried out his hunt.

As an avid HGTV watcher, I wanted to look at houses that had the potential to be restored to their former glory. These crews work miracles, and there are so many folks working hard to save the city of Detroit that I wanted to shine a little light on them. 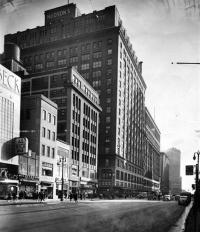 Having a setting as rich in history and culture as our backdrop brought a vibrancy to Creature Feature 2 that I absolutely love. I can easily say that it’s been my favorite setting in any book I’ve written, and learned a lot about adding rich details to the setting through my research. If you have time, take a look at some of the images from abandoned Detroit. Some of them are so beautiful in their decay that you’ll be heartbroken at their loss. It’s truly an incredible city, and hopefully it’ll be returned to its former glory soon.

Rise of the Revenants by Poppy Dennison

Vampyres are on the loose in Detroit, and novice hunter Taz Cohen is on the job. The mission seems simple: stop the vamps. But Taz knows nothing about the mythical creatures, so he’s in for the fight of his life. Then he meets insanely attractive construction worker Darren Foster, who jumps into the battle with both feet. Sparks and bullets fly as they struggle against the vampyre horde and their attraction to each other. Avoiding gruesome death from the undead might be easier than shielding their hearts from each other.

Legacy of Blood and Death by Rhys Ford

For Javi Navarro, Detroit will become another blood-splattered city in his rearview mirror after he puts its dead back into the ground. Expecting an easy hunting job, Javi instead finds a kiss of ancient vampyres on the hunt for a descendant of their long-dead creator.

Reclusive Ciarnan Mac Gerailt abandoned his family legacy of blood and death magic after it nearly destroyed him. Unfortunately for Ciarnan, the Motor City can only be saved if he resumes his dark arts and joins forces with Javi Navarro, the hunter who brought the vampyre apocalypse—and hope for the future—straight to Ciarnan’s front door. 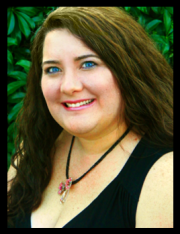 A sassy southern lady, Poppy Dennison developed an obsession with things that go bump in the night in her early years after a barn door flew off its hinges and nearly squashed her. Convinced it was a ghost trying to get her attention, she started looking for other strange and mysterious happenings around her. Not satisfied with what she found, Poppy has traveled to Greece, Malaysia and England to find inspiration for the burly bears and silver foxes that melt her butter. Her love of paranormal continues to flourish nearly thirty years later, and she writes steamy love stories about the very things that used to keep her up all night. If her childhood ghost is lucky, maybe one day she’ll give him his own happily ever after.

Thanks to his good-for-nothing brother, Andrew Hughes is up to his eyeballs in debt and needs a job fast. When a nursing position opens up in Myerson, Arizona, Andrew has no choice but to take it, despite a warning about how difficult a patient Caleb DiMartino can be. Andrew can deal with a little trouble—but Caleb’s strange family, the armed guards, and the unknown cause of Caleb’s mysterious illness may be beyond his skill set.

For three years, paranormal courier Frank Corrigan has been working for incubus demon Cael Berith. Cael knows Frank is his mate, but Frank is pretty sure Cael doesn’t even like him, never mind want to spend the rest of his life with him, so their personal relationship is at an impasse. When Frank’s sister, Lindsey, gets bitten by a werewolf she’s sleeping with—and possibly witnesses a murder—Frank rides to her rescue. If he’s lucky, he might just save his love life too.