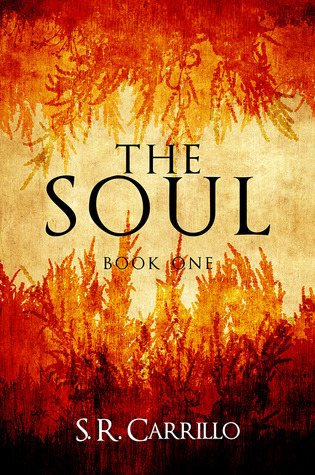 Blurb: Evil has flourished since the beginning of time, but at long last it has come to pass – that the world should end at the hands of the divine. A Lesser Earth thrives in the ashes of the old world.

As does an unnamed lost boy, the abandoned effigy of evil, who wanders the globe without a clue and without a purpose.

The Last Angel Ero’s only task is to find this boy and raise him into the arms of Grace. He doesn’t expect to question that purpose – and he certainly doesn’t expect to find an affinity with the evil inside the boy he names Sol.

It’s only when Ero begins to explore new truths that he realizes just what having faith in Sol may cost him: his life, his love and his soul.

Review: S.R. Carrillo’s The Soul is a definite break from what I’m used to seeing in angel/demon fiction. The book’s blurb lays out in clear terms what the plot is, and the novel doesn’t disappoint with regard to how events unfold.

If you’re easily squicked, let me warn you now that it’s not an easy read. Carrillo holds nothing back in her descriptions of violence and gore, but at the same time, nothing’s done gratuitously. Since we’re looking at unfettered evil running amok, we have to see just what it is Ero’s up against as the angel struggles to help Sol learn control and mastery. Even the characters’ physical descriptions are given as much care and attention as the devastating effects of their behavior and powers. Or, at least, Sol gets to enjoy it more than Ero.

As with other literary titles dealing with the classic battle between good and evil, the dark side tends to dominate in terms of allure – physically, behaviorally, psychologically. See: Paradise Lost as the great-grandaddy of all things Awesome Evil (my term). From the first page onward, Carrillo clearly establishes Sol to be a force that’s going to be a horrible challenge for anyone fool enough to save him. And Ero does struggle mightily, enduring extreme peaks and valleys in his attempts at helping Sol, most of the time resorting to violence to keep Sol in line, while simultaneously finding himself growing more and more physically attracted to the demon.

Because the setting itself isn’t very clearly defined and, in fact, is painted with not just broad brushstrokes, but very, very pale hues that pretty much vanish in the background, the spiritual struggle going on between the two main characters appear to play out in very abstract terms. Metaphysical elements aside, the pervading feeling of detachment can easily turn the story into something allegorical. Half the time, in fact, I toyed with the idea of the plot being a spiritual struggle within one person – though, in the end, a more literal reading of the book’s a hell of a lot more interesting.

Overall, the book’s plot is a refreshingly different take on familiar paranormal fiction/romance conventions, and Carrillo deserves a lot of praise for thinking outside the box. What ultimately keeps me from giving the novel a higher rating, though, lies in the execution.

The book’s a challenging read also because of the language, the pace weighed down heavily by the author’s verbose style. Mind you, there are several passages that stand out for their lyricism and graceful beauty, but the rest of the book could certainly use a heavier hand at editing. I found myself stumbling through lengthy descriptions that bogged down the narrative with words or phrases that were either awkwardly used (i.e., “insouciant glower”, “inerudition”) or were showy (i.e., “incontrovertible embossment”, “coruscated” in place of “sparkled”). More often than not, several scenes dragged on because of long descriptions delving not only into the characters’ movements, but also their thoughts and feelings that, in the end, added very little substance to the story. The lengthy climactic fight scene, in particular, suffered a lot from this issue, and I ended up skimming past too many passages till I reached a point near the conclusion of the fight and then carried on from there. It’s not a good situation to find oneself in as a reader, but it’s also just as bad, dragging oneself through scenes that seem to melt into each other without a break in sight – and then finding out that the action hasn’t really advanced that much afterward.

In the end, despite my excitement at coming across a new, different treatment of a familiar story, my enjoyment was tempered quite a bit by the plodding forward movement of the plot. When a book’s language, for whatever reason, drags my attention away from its story, I’m afraid it’s faltered in its purpose despite its brilliant promise.

You can buy The Soul here: