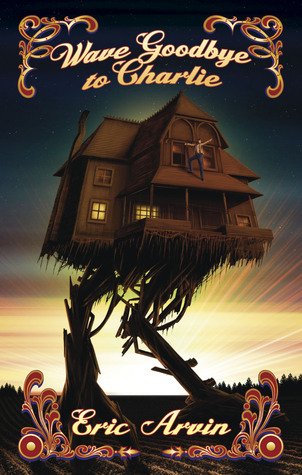 Blurb: My name’s Charlie. I’m many things, though none of them having to do with any real talent. I’m a runaway, a hustler when I need to be, a ghost when I have to scare hoodlums away from my home, and a loner who maybe reads too much. But most of all, I’m the keeper of the carnival. That’s how I see myself. I look after the place ’cause even dying things need to be cared for. Maybe it’s illegal. Maybe that rusty metal fence around the carnival is supposed to keep me out too. Or maybe me and this place were meant to find each other. Truth is, I never felt at home anywhere but here, not even in all the foster families and orphanages I was placed in as a young shit. They don’t look for me no more, those places. I suspect I ran away so much they finally just said, “Fuck! Let him go.” I am a hangnail on society’s manicured middle finger. I’m older. One year past the age anyone gives a shit.

And this is my adventure…

Review: Death. It’s the greatest mystery of life, the unequivocal unknown, and nobody writes Death quite the way Eric Arvin does, snatching hope, faith and love from the jaws of grief and offering a promise that there is an again, or perhaps it’s merely a still—in this case, an Evermore—to which we will all aspire when we expire. Wave Goodbye to Charlie is the story of Charlie Boyd, a young runaway who sells his body to survive and lives in an abandoned carnival with the ghosts that haunt it, a young man who met his end altogether too soon but who must take care of unfinished business before he can move on and find the one who went before him.

Wave Goodbye to Charlie is a story of friendships and of family, not those we are born to but those to whom we choose to belong. It is a story of love and compassion, of darkness, despair, and an evil so pervasive its signature remains legible on the fabric of reality long after its host was erased from existence. Written with a time signature so reminiscent of Woke Up In a Strange Place, The Mingled Destinies of Crocodiles and Men, Azrael and the Light Bringer, and The Demon of Jericho, this story resonates in bold and full-bodied imagery, at times magical and lyrical, then bleak and destructive, always emotionally captivating; whether it be through laughter or tears.

It’s a true art form that brings to life plain spoken folk, not erudite in the ways of book learning but eloquent in their life-learned wisdom. Arvin lulls the reader along with colloquialisms and a patois that harkens to country breezes in a rural landscape; then, with a turn of phrase so poetic as to stop the reader in their tracks to awe at its beauty, the author charms with his ability to give voice to the greatest and simplest of life’s truths or to paint a metaphor so vivid that one must take a moment to absorb it in all its significance.

Charlie; his surrogate fathers Jimmy and Leroy; his friends, Alfie and the wise-woman Nessa, star among a host of others—those who are here and those who are neither here nor there; those who are good and those whose soulless stain is still felt from the after—bringing this novel to life. Wave Goodbye to Charlie is a story that will make you question your own beliefs, perhaps fear the unknown just a little, but then, in one glorious moment, will make you believe that Death is not merely life’s final bow but its Second Act, that Death is not an end but a new beginning, not a tragedy but a miracle that comes for us not as a hooded and sickle-bearing horror but as the last someone who showed us love, compassion, affection, or a simple kindness.

With originality, imagination, and a subtle grace, Wave Goodbye to Charlie earns its place front and center among Eric Arvin’s best. It is a love story at its heart, in all the forms love can take, spiritual and uplifting in only the way a novel that explores the true ever-after can be. There is a message of joy among the sorrow, a sense of order to the chaos that is the unexpected and unknown. Charlie is a must read—to love him is to know him.

You can buy Wave Goodbye to Charlie here:

4 thoughts on “Review: Wave Goodbye to Charlie by Eric Arvin”