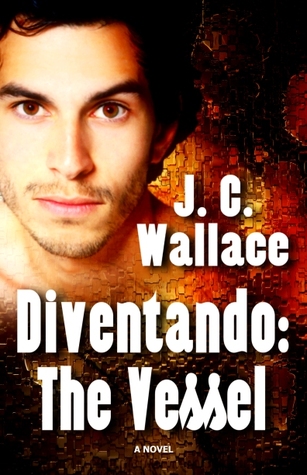 Blurb: Owen McIntyre is no stranger to the Grim Reaper. Diagnosed with leukemia at the age of fifteen, he’s spent the last ten years slowly dying. With only two weeks until his next checkup, Owen’s body is already warning him that he is no longer in remission. Tired of the countless meds and chemo, not to mention the way his family coddles him, he decides to live and die on his own terms and forgo treatment. When he meets a lively college professor named Turk, conquering the man becomes part of Owen’s bucket list. But as Owen gets to know Turk, he starts to see him as more than a fling, a luxury that a dying man doesn’t have.

But what if, suddenly, everything Owen knew to be true turned out to be a web of lies and deceit—even his diagnosis of cancer? Taken hostage, tied to a bed and subjected to painful experimentation, Owen’s nightmare of leukemia is a far cry from the horrors he will face. No longer able to trust anyone in his life, including Turk, Owen is alone and cut off from the world. He has to make the hard decision to trust those who have betrayed him, including Turk (for whom he deeply cares), or die a lonely death.

Soon, with time running out, Owen will not only fight to live, but fight to want to live again. But will that be enough to save him from the evil that lurks inside his body and mind?

Review: Sometimes I sit at the computer trying to come up with better ways to express how much I enjoy certain novels. I try to talk about unique paranormal stories and how they break away from the endless garden variety that normally populates this genre. I often remark on how the characters are both totally believable and therefore more attainable to me, or how they seemed forced and often too over the top to allow me to connect with them. And I, of course, attempt to unpack even more than the synopsis already has given as a way to interject what worked in the story and what, unfortunately, did not.

However, there are times when, while all those thoughts and comments are valid, a story just clicks—it’s just so—and a reviewer is left trying to scramble for the reasons why. What was it about this novel, Diventando: The Vessel by J.C. Wallace, that made me read it all in one sitting? What really made me ache for this young man and the fact that realistically, he may not live to see another day? He was the anti-hero in many ways. Plain and ordinary, sickly from a young age, Owen McIntyre hardly stood out as some great guy you just knew was going to end up being so remarkable. So, what was it that this author did to make this little paranormal story stand out?

J.C. Wallace took a normal guy who was the vessel for a sick and disgusting demon and made him the repository for all the best parts of humanity. Forgiving and kind, self-sacrificing and gentle, sweet and honest, Owen embodied all the honorable parts of you and I that so often go unnoticed and sometimes are lacking. Then, this author nearly breaks the reader’s heart by finally allowing our poor hero a glimpse of the most beautiful love he could have ever hoped to encounter, only to inform us that it may not really be his to keep. And through it all, Owen is wrapped up in the arms of a best friend he loves, and family who would sacrifice anything for him.

Diventando: The Vessel is a study in the best parts of humanity. This was the story of an underdog hero who had his moment to change the life of another by sacrificing his own. Here was a saga of what it looks like when someone as flawed as you and I steps forward, despite those drawbacks, and flings himself into the life of another and says, “I can save you. You are going to be okay.”

Sometimes a story is just so right…it pings this place inside you, and you read it with a whetted appetite and almost cry when it ends. This was such a story for me. I could give you all the reasons that reviewers sometimes do to assure you that this was a well-written and dramatic novel, but that would simply be fodder for a long review. The reality is that Owen McIntyre was lovely because he encompassed the best of you and me. And that, for me, is a reason to read a story such as this—for far too often the good in us goes unnoticed.

You can buy Diventando: The Vessel here:

2 thoughts on “Review: Diventando: The Vessel by JC Wallace”