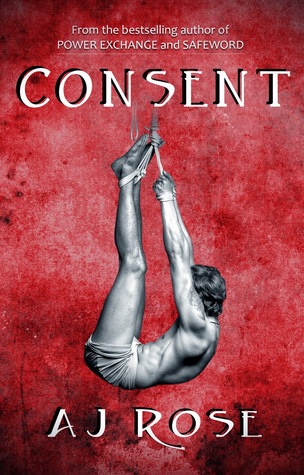 Blurb: Former detective Gavin DeGrassi likes his new life and his job as a university professor, molding the minds of the next generation of law enforcement. It keeps him in the field he loves, but out of the media and out of the danger he seems to draw. He’s settled and happy with his partner and Dom, Ben Haverson.

Until a middle of the night phone call from his brother, Cole, whose desperation and fear yank him back into the world of criminals and countdowns. Only this time, the stakes are much higher.

Detective Myah Hayes, Gavin’s sister-in-law and former partner, has a past of her own, one that has returned to claim her. With only their instincts and the help of a rogue CSI, Gavin, Ben, and Cole will do whatever it takes to find Myah, following a flimsy trail of evidence to Chicago, where all is not what it seems—dirty cops, moral pimps, and a nest of snakes who call themselves businessmen.

They’re on a collision course with the worst of humanity, and more than Myah’s life is caught in the vortex. Can they find her, and if they do, will there be anything left to save?

Content Warning: contains scenes of rape and graphic violence and may not be suitable for sensitive readers. Discretion advised.

Review: I am honestly at a loss for words. Where to begin? First, this novel truly is not for the faint of heart. It is graphic, violent and one should most assuredly respect the author’s warning about potential triggers. Having said that, if you are able to deal with this type of visceral novel, it is by far one of the best mysteries I have read to date. Where the first two books in this Power Exchange series may have had weaker mystery/detective story elements, this novel far surpasses its predecessors in plot twists and good old fashion mystery writing. Also, once again, author A.J. Rose sets herself apart in the realm of BDSM relationships and even meanders into ménage territory before this story comes to an end. Now, before you get worried, the addition of a third to Gavin and Ben’s relationship is noted as just a one-time thing, and Ben carefully controls it. All I will say to that component of this novel is that I understand its place in the story, and I felt the author tastefully and adroitly handled it.

The story is simple. Gavin’s former partner and sister-in-law, Myah, has been abducted and is being held captive in a large human trafficking ring in the heart of Chicago. Her husband, Cole, along with Gavin and Ben, race against the clock to discover who has taken Myah and how they can get her back. In a nutshell, that is the whole thrust of this novel. However, what Myah and the boys who are taken along with her are forced to endure, and how Gavin and team manage to find her via some expert detective work, is really the meat of this novel. To say I held my breath through most of this novel would be a gross understatement. I swept through this story. I honestly could not put it down. But, why?

There are three elements to this novel that made it stand out for this reviewer.

2. The overarching theme: The human spirit may be bent and tortured, but it cannot be broken. By using Myah as a tribute to what a human can endure, and surrounding her with boys who rise to meet their challenges and draw from her strength, A.J. Rose was able to also highlight the broken path that Gavin was still himself recovering from, months after his own horrendous captivity. Juxtaposing these two incredible characters and watching them both push aside their fears and traumas, we were privy to true heroism from every day ordinary people like you and I. Not once did this novel get sidetracked from its theme and because of that, this story was an intensely compelling read.

3. Unflinching Storytelling at its best: As you read this novel, there will be times when your gut will roll and you most assuredly will want to turn off the e-reader and put this one away. Visceral does not begin to describe this story. However, never in any moment did I feel that any of the torture, violence, sex, or heart-wrenching pain inflicted on these characters was gratuitous or unnecessary. Each piece to this plot was important, and the race to the finish, each dire moment along the way, only served to make the reader realize how vital it was to see each element of this story played out. If this novel could be described in two words: roller coaster would be it. Gavin learned more about himself and found strength he didn’t know he had inside. Ben rose to higher heights as the one who would always be there for his lover, his partner, his submissive. This was their story from beginning to end, and they would have to fight for each other and Myah until the very last moment.

A.J. Rose’s Consent is a story of survival and triumph. Yes, there was, and will be, a long road to recovery for many of the characters in this novel, but the bottom line here is that the human spirit will survive—particularly when it is strengthened by the love of others.

One thought on “Review: Consent (Power Exchange #3) by A.J. Rose”