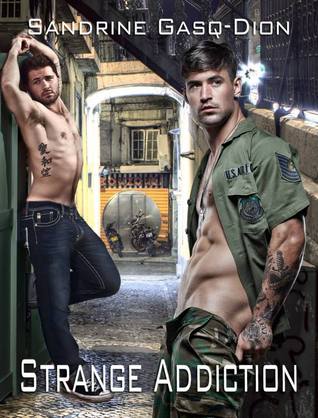 Blurb: Brock Holloway has it all — money, friends, a bitchin’ car and a promising football career. At least, that’s what people see. Inside, though, Brock is fighting for something he knows he can never have: Unconditional love. As the child of Aphrodite, he is worshipped, admired, wanted – but never loved.

Zack Duran is a wolverine shifter — and not a nice guy. Zack’s shifter side is always in control, often making him heartless and unfeeling. When Zack is assigned to guard Brock Holloway, his tactless wolverine tendencies become even more prevalent and Zack has to fight his shifter personality AND his genuine feelings for the beautiful football player.

A near tragedy shakes him to his core, and Zack can no longer fight the feelings he has for Brock. But giving in to his emotions may come at too high a price. A startling secret charges Brock with the nearly impossible task of taming Zack’s beast. Is he up to the challenge? Can Zack give him what he needs? And with danger working overtime, can they finally be together as they were intended?

Review: It really isn’t a secret that I am a great fan of the Assassin/Shifter series by Ms. Gasq-Dion. The 12 Olympians series threads itself into this series since a lot of the characters crossover. Zack was a shifter found and rescued in an earlier book in the series after he was experimented on. Zack is definitely not a sociable man due to his wolverine side. When it was revealed he would be guardian to Brock Holloway, it was both heaven and hell for the shifter.

Brock has what appears to be the perfect life. His family has money, he drives a flashy car, and he plays on the football team. Add in the fact that he has men throwing themselves at him all the time, and it seems life couldn’t get any better. Except Brock seems to never be able to get the one thing he wants more than life itself: love. No one has ever taken the time to look past Brock’s beautiful face to get to know the man behind the mask.

When Zack and Brock meet for the first time, it is just the beginning of a series of horrible misunderstandings. You see, Zack doesn’t have a working filter between his brain and mouth and whatever runs through his mind, ends up coming out of his mouth. Unfortunately, it is usually an insult to Brock and when the insults become too much, it drives Brock to extreme measures.

The result of Brock’s actions is Zack realizing how he feels about Brock and deciding he will do everything he can to get his animal under control so he can be with Brock in every way. Things are going good, if not great, for the two of them right up until Brock’s past comes back with a vengeance. Unfortunately, Zack ends up bearing the brunt of said vengeance, and it reveals something that could ruin every chance Brock and Zack have for a future together.

As the story continues to unfold in this series, more secrets and lies are revealed at every turn. There are still more Olympians who have yet to yield to their guardians, but it is obvious that resistance is futile. One thing for sure is that the journey to learning all the secrets to come will definitely be an entertaining one.

As I have come to expect from Ms. Gasq-Dion, this book is full of some interesting music references, some mushy-gushy emotional scenes, but most of all there is humor. Lots and lots of humor. It seems no matter how often she pushes me towards tears in her books, there is always a balance of laughter. I think this is one of the major reasons I enjoy her writing so much.

I would highly recommend this book and all of the books in both series. It is a rather long series but well worth the time investment to get through it.

You can buy Strange Addiction (The 12 Olympians: Book Four) here: