Time for a Change

Thanks so much to Lisa and her crew for having me on The Novel Approach today to talk a little about my new novel, Unfortunate Son. Even though I’ve been published in the gay romance genre for over four years, this is only my second novel. I’ve been primarily a short story and novella writer, but while I still love those shorter lengths, I’m thrilled to be able to dig not only into more in-depth stories but also into my first series. It’s a big change for me, but it’s one I’m looking forward to.

Even knowing it’s necessary, change can be difficult at any age. Evan’s just 25 in Unfortunate Son, but he’s seen and done a lot for someone who’s still so young. He knows he’s not satisfied where he is, but recognizing that feeling in yourself is a long way from knowing what to do about it. His unexpected meeting and developing relationship with Riley Yeats is just one of a number of catalysts that drive Evan’s story forward. And make no mistake: Unfortunate Son is very much Evan’s story. The romance is there, but more than that, it’s about Evan coming into himself.

Thankfully for Evan, as for most of us, he doesn’t exist in a vacuum. Evan’s past, his career, his romance with Riley, his relationships with his closest friends, and his parents’ return into his life—all of these and more contribute to Evan figuring out who he wants to be and how to get there from where he is.

Wrapping up Evan’s story was one of the most difficult parts of writing Unfortunate Son. That’s because there is no easy place to point to and say, “There, that’s it. He’s done. Right there.” This story is really more of a cross-section of a life, one that shows the twists and turns but doesn’t focus on beginnings or endings. While I hope it’s clear at the end where Evan is headed—and that Riley is by his side—he’s just taking the first steps along the path to his future.

But the end of Unfortunate Son isn’t the last time we’ll see Evan and Riley. They figure pretty prominently as secondary characters in book two of the series, Wayward Son, which is slated for publication in mid-2015. I have a sort of epilogue short story in the works for them as well. It’s hard to let go of guys I’ve spent so long with, but this will be another change for me: following characters through more than just one story.

I just hope readers feel the same way about these guys that I do. :)

Then Evan’s family reappears his life, and Evan soon learns Riley has his own family-inflicted wounds—ones that make it hard for him to be there for Evan. A disastrous confrontation between Evan and his parents leaves Evan’s mother injured and Evan overcome by anger and fear. Losing his tenuous hold on his emotional control, Evan makes one bad decision after another, but maybe his final fall will be the wake-up call Evan needs to set things right—with his parents, and with Riley.

Add to your Goodreads Shelf:

Excerpt: In this excerpt, which takes place about a week after Evan and Riley first hooked up, Evan has invited Riley to join him and his two closest friends, boyfriends Cory and Jimmy, for brunch…

Riley glanced around, and Evan set down his glass and waved to get his attention. Riley saw him and half smiled as he headed in their direction. Evan didn’t look at Cory, but he could see in his periphery that Cory’s eyes were alight with interest.

“I told you,” Evan growled under his breath. “Off. Fucking. Limits.”

“Doesn’t mean I can’t admire,” Cory shot back. He smiled his best smile as Riley reached the table. “Hello there,” he cooed. “Evan was just telling us he’d invited a friend to join us.”

Riley faltered as he stopped. “I’m not party crashing, am I?”

“Oh no!” Cory reached out a hand to touch Riley’s arm. “You are absolutely welcome! Any friend of Evan’s is a friend of ours. Please, sit.” He waved toward the empty space next to Evan, and Evan gave Riley a smile too. Riley slid in slowly and sat a little stiffly.

“Riley,” Evan said, “meet two of my closest friends, Cory and Jimmy. Cory’s the loudmouth.” He laughed softly. “Well, normally Jimmy’s a pretty big loudmouth too, but not until he’s got more caffeine in.”

“Gee, thanks.” Jimmy shot Evan a mock glare and then grinned at Riley. “How’d you end up meeting this reprobate anyway?”

Evan lifted an eyebrow and his mimosa glass. “He fell right into my arms.”

Cory crowed out a laugh. “Oh my God, that is fabulous! Did he catch you like the heroic stud he is?”

Evan could see Riley relaxing by inches. No one could resist Cory when he turned on the charm. “He did. Kept me from sliding right onto the floor. I bought him a drink to say thanks.”

“Awwwww,” Jimmy piped up. “Sounds like the setup for a Hollywood blockbuster.”

“Evan can be Ryan Gosling,” Cory chimed in, “and you can be Jennifer Lawrence!”

“We’ll call it ‘Meet Cute: A Millennial Romance.’” Jimmy spread out his hands as if writing the title on the air. Then he collapsed into a giggle fit.

“Drink your juice, Shelby.” Evan made a hurry-up gesture with one hand at the waiter as he approached with a coffeepot in hand. “You’ve got too much blood in your caffeine stream.”

Cory grabbed Jimmy’s coffee mug and shoved it toward the edge of the table. “Fill ’er up, mister!” He grinned at the waiter, who refilled the mug and smiled at Riley.

“What can I get for you, handsome?” he asked.

Riley returned the smile. “Do you still have the spinach and mushroom crepes?”

“We sure do! They are super yummy.”

This guy’s perkier than a coffeemaker, Evan thought, but he refrained from commenting while Riley confirmed his order and Mr. Perky assured them their food would be out soon. Evan drained his glass and reached for the pitcher. Riley eyed him and then nodded toward his glass.

“Oh, no, honey,” Cory cut in, lips quirking. “Your friend over there made sure they brought you some plain OJ.”

Riley gave Evan a speculative look as he picked up the glass. “Thank you,” he said.

“You’re welcome.” For some reason, Evan couldn’t bring himself to laugh it off. Instead, he held his glass out, and Riley brought his forward to clink them together.

“Hear, hear!” Cory held out his glass, and Jimmy lifted his coffee mug, and the simple toast became a flurry of movement and laughter. By the time everything was sorted out, Cory was refilling his glass, Riley was close to needing a refill of his own, and everyone was relaxed and smiling. Evan swore he could see Jimmy bloom like a flower as his caffeine levels reached the full mark.

“So, Riley,” Cory said. “When you aren’t falling into a man’s outstretched arms, what do you do?”

Riley smiled, and Evan recognized it for the façade it was. “I’m in design,” Riley said. “Nothing major, mostly interior work for friends and some referrals.” He laughed, a practiced sound. “Mostly I live off my trust fund.” Before Cory could react to that, Riley leaned forward. “What about you?”

“Advertising,” Cory said. “I have a small boutique agency with a short client list. Jimmy over here”—he nudged Jimmy with an elbow—“is a massage therapist and has a private resort out in the sticks.”

“You love my stick,” Jimmy told Cory before grinning at Riley. “He’s right, though. Oasis is in the middle of the fuckin’ boonies. But I love it, and so does this one.” He nodded toward Cory. “When he drags himself away from the bright lights of the big city.”

“It is pretty gorgeous out there,” Evan agreed. “Lots of trees and green. Quiet. It makes a nice getaway.”

Perky McWaiter arrived just then, carrying a tray laden with plates, and a food runner appeared behind him with a smaller tray and a tray rack. In short order, they had the food distributed, an order for more orange juice for Riley had been taken, and they were off again. Jimmy reached for the syrup, Cory the salt and pepper, and Evan and Riley picked up their forks and dug in at the same moment. They looked at each other and smiled a private smile around their mouthfuls of deliciousness. 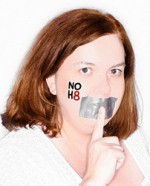 About the Author: Shae Connor lives in Atlanta, where she’s a lackadaisical government worker for a living and writes sweet-hot romance under the cover of night. She’s been making things up for as long as she can remember, but it took her a long time to figure out that maybe she should try writing them down. She’s conned several companies into publishing her work and adds a new notch on her bedpost each time another story is unleashed onto an unsuspecting universe.

A member of the Romance Writers of America and the Rainbow Writers chapter, Shae was first published in 2010 and has a lineup of short stories, novellas, and novels available fromDreamspinner Press, Wilde City Press, MLR Press, and Amber Allure.

Shae is part Jersey, part Irish, and all Southern, which explains why she never shuts up. When she’s not chained to her laptop, she enjoys cooking, traveling, watching baseball, and reading voraciously, and she’s an annual volunteer for the Dragon Con on-site publication, the Daily Dragon. You can find her hanging out on Twitter most any time @shaeconnor, but for the more direct route, you can email her at shaeconnorwrites@gmail.com or visit her website at shaeconnorwrites.com.

One thought on “Guest Post and Giveaway: Unfortunate Son by Shae Connor”